The U's welcome Tottenham Hotspur Under 21's to The Abbey sitting top at the top of Group H (Southern)...

Mark Bonner’s men face off against Tottenham having comfortably beat Oxford United in their opening game of the group stages. A brace from Sam Smith either side of Luke McNally’s red card saw the U’s race into a two-goal lead before half-time, before goals from Harvey Knibbs and Kai Yearn sealed the points for The U’s.

In the league, despite falling to a 5-1 defeat to Lincoln a week and a half ago, The U’s have been in fine form, having won three of their previous four league outings. Most recently, Luke O’Neil’s excellent volley, coupled with a towering header from Joe Ironside earned United all three points against Portsmouth at Fratton Park.

Tottenham Under 21’s arrive at The Abbey off the back of beating Stevenage in an entertaining 4-3 encounter in their opening Papa John’s Trophy game - and are only denied top spot in Group H due to United’s superior goal difference. Harvey White’s brace, as well goals from Brooklyn Lyons-Foster and Yago Alonso were enough on the night to see off ‘Boro

In the league, Wayne Burnett’s men currently sit 5th in Premier League 2, having won two and drawn two of their opening five games – with Spurs’ only PL2 defeat coming at the hands of north London rivals Arsenal.

Most recently, Spurs’ Under-23s were forced to settle for a point in a Premier League 2 thriller last Friday night as they were held to a 3-3 draw away to Blackburn Rovers – despite being two goals up in the game.

U’s boss Mark Bonner isn’t expecting to walkover Tottenham Under 21’s on Tuesday: “We are expecting a good side actually, I think you can add five or six missing internationals [from Tottenham U21’s last Papa John’s Trophy game], so we expect their team to change a little bit. It is hard to know so much about exactly what is going to show up, your knowledge of the opposition is less as we have got less games and less footage to go off to try and draw those comparisons.

“You have to make the night a little bit more about yourself sometimes, but it is a good opportunity for us to keep playing, and a positive result would all but secure our qualification which is obviously our aim for the night. We are looking forward to seeing a few other boys play that have not played so much recently.”

You can read everything United’s head coach had to say prior to the two side’s clash here.

Following his sides win over Stevenage in the group opener, Spurs’ manager Wayne Burnett said: "This competition, as I've said before, gives the players different tests, different challenges, playing against senior players, playing against players with experience, different types of teams, so the exposure that our players get from these games is invaluable and it's part of their growth and development."

After overseeing Mansfield Town’s draw with Rochdale on Saturday, Carl Boyeson will head up The U’s clash with Tottenham Under 21’s. The 51-year-old has officiated predominantly in League’s One and Two this season. Greg Read and Michael Begly will assist Boyeson, with Abigail Byrne being appointed as fourth official.

If you can't make it to the game, stream the clash live on iFollow. Match Passes cost just £10 and are available to buy now. The simplest way to do so is by clicking here and selecting the Tottenham fixture.

Cambridge United all but secured their passage into the knockout stages of the Papa John’s Trophy after edging out Tottenham Hotspur U21’s 1-0 at the Abbey Stadium.

In a testing encounter between two lively sides, a smart second-half header from Sam Smith - his third in the competition - proved the difference as the U’s continued their winning start.

Mark Bonner ringed 8 changes to the team that secured a valiant win over Portsmouth three days earlier with George Williams, Lloyd Jones and Adam May all retaining their places. Jubril Okedina made a welcome return to the fold after a six-week injury absence.

A youthful United were rampant in the first round of matches, cruising to a 4-1 victory against league rivals Oxford United. The same feat occurred for their opponents who also plundered four as they edged out Stevenage in a thrilling contest. It set up an intriguing encounter at the Abbey with both sides eager to advance to the knockout stages at the earliest attempt.

The U’s started in the ascendency and generated the first chance of the evening on the 3rd minute. A defence-splitting lofted ball from May in his own half found a marauding Jank Lankester whose attempted chip lacked venom as Kallum Cesay was on hand to clear the danger.

Spurs were showcasing some slick passing moves and it almost paid off on the 9th minute when one-touch football led to a killer pass into Alfie Devine who, from a narrow angle, forced Kai McKenzie-Lyle into a key early save.

Despite no real goalmouth action, it was a fast-paced opening with plenty of attacking intent from either side. An assuring drive forward from Jensen Weir on 24 allowed the space to play George Williams who cut in on his left and drilled a shot which was deflected just wide of the near post. The resulting corner was met exceptionally by the head of Lloyd Jones but a strong block denied a certain attempt to test Joshua Oluwayemi. United’s tails were up after a spell of pressure.

The North London side could not be faulted nonetheless and continued to attack with real pace. After winning back possession in the middle of the park on the 38th minute, Harvey White scampered into the final third and set up Dilan Markanday who jinked his way into the box and unleashed a driven shot that travelled a whisker wide of United’s right post.

An energetic first-half petered out with the hosts threatening courtesy of an ambitious 25-yard shot from May in stoppage time which sailed wide. Despite remaining in deadlock, this spectacle certainly hadn’t lacked any silky passages of play.

Spurs enjoyed a promising start to the second period and looked the most likely to make the breakthrough. The lively Markanday twisted and turned inside the area on 52 and pulled the trigger which was denied by a no-nonsense Lloyd block.

Bonner brought on some fresh legs on the hour mark, handing out a first appearance of the season for Leon Davies and giving Kai Yearn, the U’s youngest ever goalscorer, minutes to make his mark on a very open clash. The 16-year-old tested Oluwayemi with a shot from outside of the box moments later.

The U’s found the opener on the 71st minute when a pinpoint cross down the left floated towards Lankester - whose initial volley looked to be heading inches wide – was expertly guided home by the head of Smith.

The hosts still had work to do against persistent opposition. Five minutes later, lively winger Nile John registered an attempt on goal. The angle was tricky but McKenzie-Lyle was on hand to dive low and prevent an instant equaliser.

The visitors looked like they’d garnered a response on the 85th minute when a deep cross was struck with menace from Devine, but the attempt crashed into the side netting.

It proved the last opportunity of another successful evening for the boys in amber and black - with the three points staying in CB5 and the clean sheet remaining intact.

The U’s are back at the Abbey Stadium this Saturday 25th September, where they will be out to make it four wins in five in League One when they entertain Fleetwood Town. 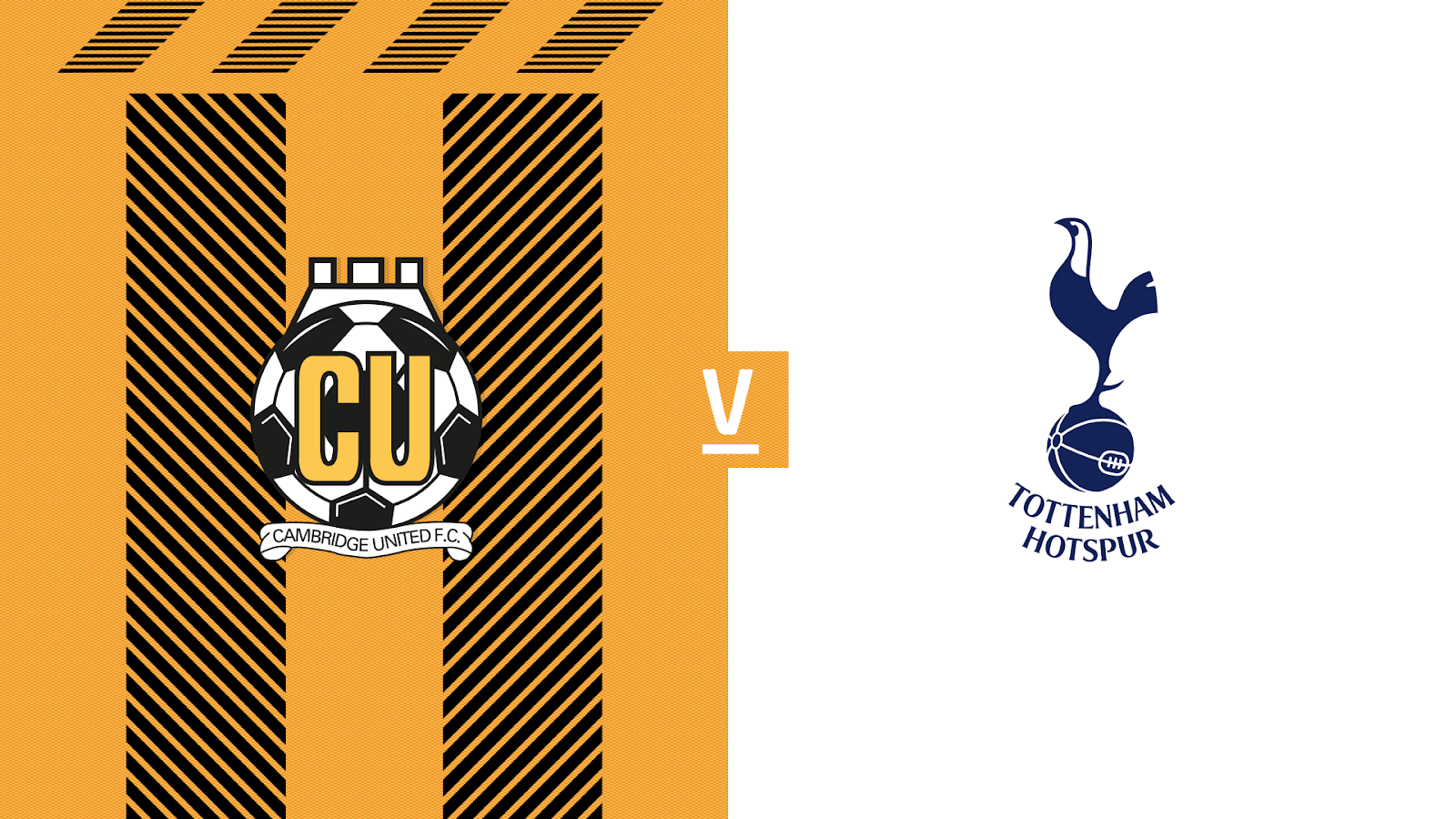 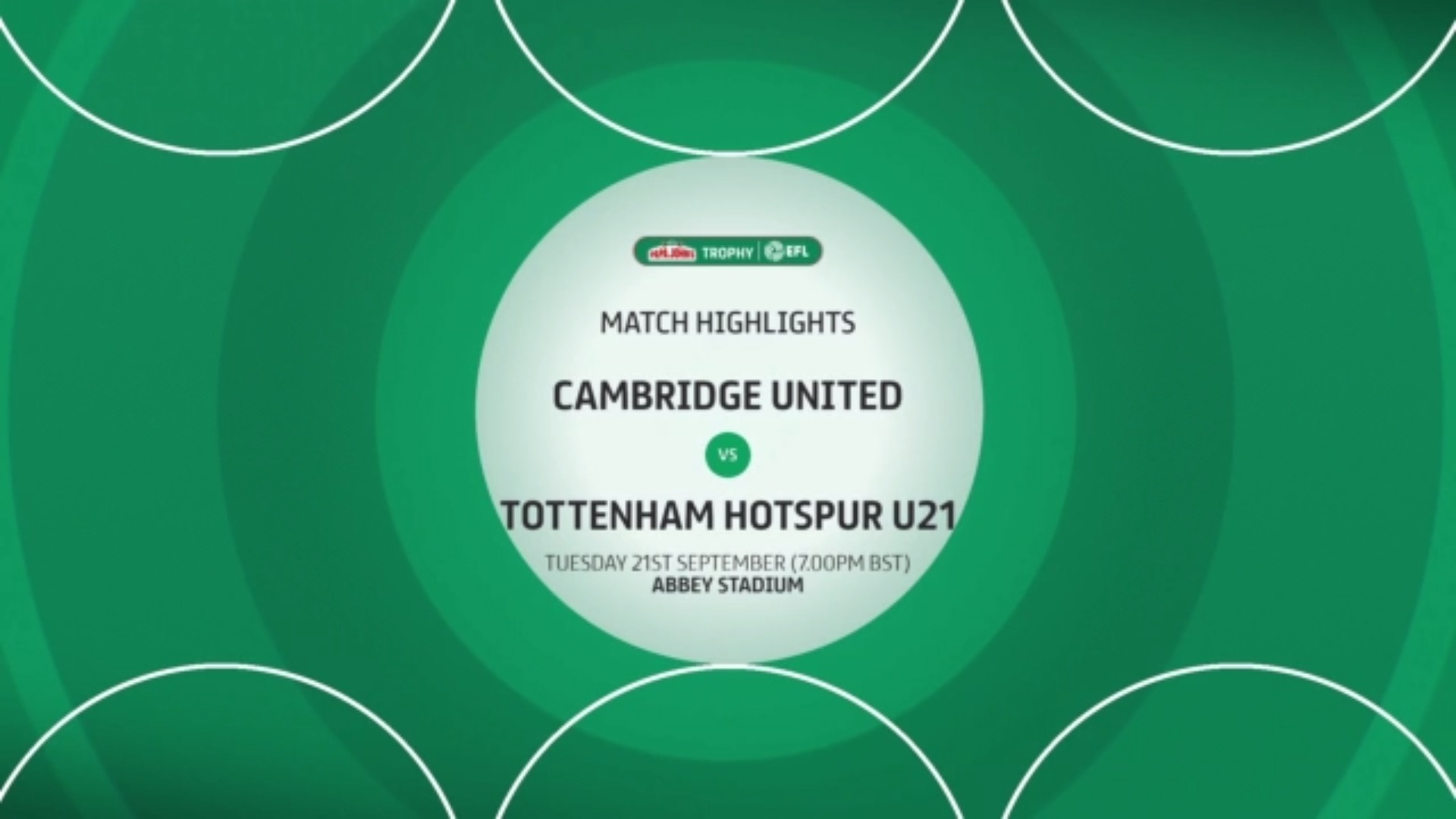 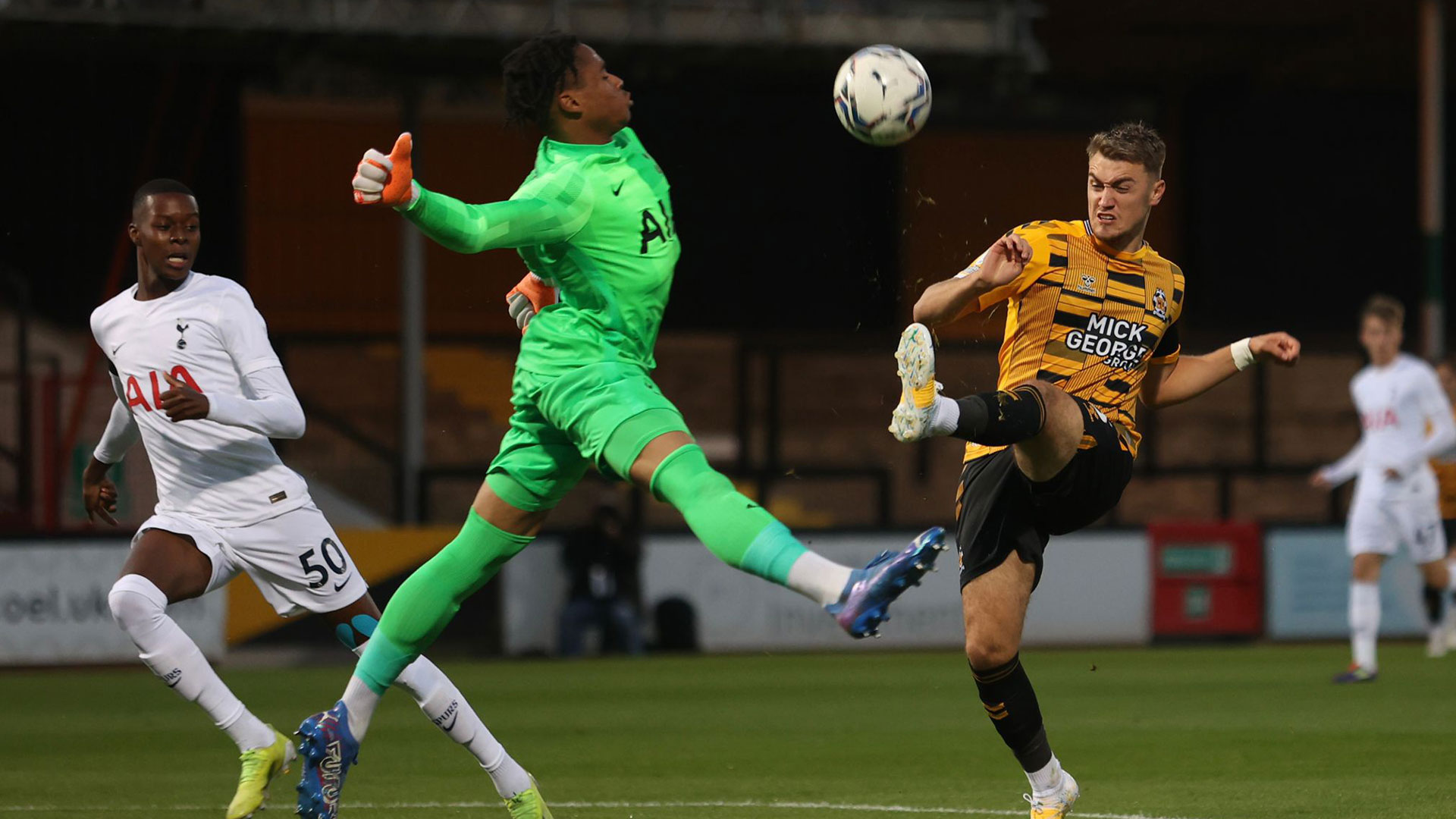