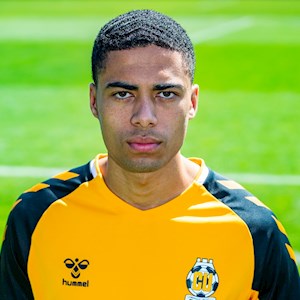 20-year old Harvey made the move from Aston Villa in June 2019, signing a two-year deal with the U’s.

He had been at Villa Park since the age of 13, progressing through the development ranks and appearing in several pre-season games under the watchful eye of Colin Calderwood, then Assistant Manager at the Midlands club. Harvey decided on a new challenge with United and, on his debut, scored the decisive spot-kick against Brentford in a League Cup penalty shoot-out win over the Championship side. He scored his first league goal for the club seven days later in a 3-2 victory over Scunthorpe.