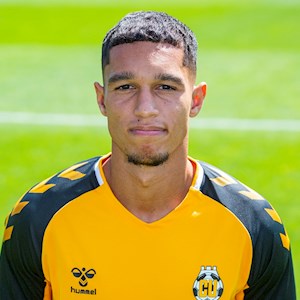 22-year old Kyle signed for the U’s in May 2019 after leaving Swindon Town.

A former West Ham United trainee, he spent five years with the Hammers before penning a first professional deal in 2015. Kyle then made his debut in a Europa League tie away to Romanian outfit FC Astra Giurgiu, before playing eleven matches in the Scottish Premiership whilst on loan to Dundee United. A dislocated elbow cut short his temporary spell with Wigan Athletic during the 2016/17 campaign, with Kyle then opting for a fresh challenge when Swindon came calling in June 2017. A forward-thinking, energetic right-back, he racked up 69 appearances for the Robins, also claiming Town’s Player of the Season award for 2018/19 but, turned down a new deal at the County Ground, shortly before agreeing his two-year contract with United.