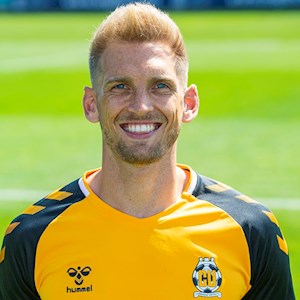 An experienced campaigner, Dan graduated through the academy at Wolves and progressed to make 11 appearances whilst at Molineux.

He also took in loan spells with Northampton, Oldham, Notts County and Bristol Rovers before joining Sheffield Wednesday in 2010. Enjoying promotion to the Championship in 2012, Dan played 50 games for the Owls, then moved on to Port Vale, where a further promotion was added to his CV. An athletic left-back who needs no invitation to join the attack, he then made the switch to Chesterfield, racking up 66 League One appearances, before a two-year spell with Notts County. Dan penned a one-year deal when joining the U’s in July 2019.