United travel to Shrewsbury Town on Saturday 23rd October for a 3pm kick-off...

Following on from two enthralling draws against Ipswich Town and Sheffield Wednesday in front of bumper Abbey crowds, Mark Bonner’s men head to Shropshire on Saturday looking to go one further – which would in turn end a five-match winless run for the U’s.

Despite such run, Cambridge United have only tasted defeat on two occasions in their previous ten outings in all competitions. George Williams’ first half header deservedly put the U’s one-up against Sheffield Wednesday on Tuesday night, before the full back’s effort was cancelled out by Fisayo Dele-Bashiru with just ten minutes to play.

Prior to Tuesday’s draw, Mark Bonner’s men valiantly battled back, having been two goals down, against an inform Ipswich Town side to rescue a point, with striker Joe Ironside taking his tally for the season up to six in the 89th minute.

Saturday’s hosts Shrewsbury have enjoyed large amounts of their limited success this season while playing in front of their own fans – winning all three of their League One games this season at the Montgomery Waters Meadow Stadium.

Dismal away form, which has seen the Shrews pick up just a single point from their opening seven League One away games this season, sees Steve Cotterill’s side sit 21st in England’s third tier. Victory on Saturday could see Salop move out of the relegation zone, to potentially as high as 18th, however that seems an unlikely circumstance given their inferior goal difference to sides around them.

Much of Shrewsbury Town’s best moments this season have come through summer signings Luke Leahy and Elliott Bennett, with the latter boasting Premier League playing experience having represented Norwich City on 59 occasions in the top tier. The two have contributed to six goals this season combined and no doubt will have to play key-roles if Steve Cotterill’s side are to overcome the U’s on Saturday.

Despite Mark Bonner making it evident throughout the season that his side pay no attention to history, his side hold the edge over their opponents on Saturday, having come out on top on 14 of the 29 occasions to two sides have clashed, with Shrewsbury Town winning on 10 of them.

Despite the U’s historical ‘advantage’, it was Saturday’s hosts that tasted victory the last time the two sides met. Charlie Daniels and Brad Walker’s goals were enough to see Shrewsbury Town progress to the Second Round of last season's FA Cup.

You would have to go back 26 years to find the last game between the two sides played in England’s third tier, with the U’s recording a win and a draw against Saturday's opponentns during the 1994/95 season.

U’s Head Coach Mark Bonner is expecting a tough test on Saturday: “It will be a good test on Saturday against a team [Shrewsbury] whose home form is not too bad. The wins they have got have come at home this year so we know we will be tested. We will get some work done over the next two days to be as best prepared as we can before it.

“We cannot take any games for granted. We know that we are the new boys at this level, and we are competing with everybody. We have got to make sure that we go to Shrewsbury this weekend and are ready for a team that has got some very good individuals that can be a real threat on their day.

“They are a powerful and direct team with a manager with bags of experience. They've had some good results at home this year, so we have to find the level again that we found in the last two games.”

Tuesday’s goal scorer George Williams is hoping the U’s can turn recent draws into wins going forward: “We can take a lot of positives from some of the draws that we have got but a win makes all the difference, so if we can change a couple of those into three points, I think it is going to stand us in really good stead.”

Shrewsbury boss Steve Cotterill appreciates the step up the U’s have made since promotion: "Cambridge have had a very good start to the season and Mark Bonner has done very well there. They look like they have a very honest, hard-working team and they play for each other. They have been good on set-plays, long throws and they play off the big striker very well.

"They might have had a few draws, but they haven't had many defeats. I would swap our defeats for draws. I don't know why they've had that number of draws; it could be numerous things. It can be that they've ended up with a draw when they've deserved a win or when they could have been beaten. When you have a three-game week, you don't get to watch as much as you'd like to."

Simon Mather will head up Saturday’s clash at the Montgomery Waters Meadow Stadium, having previously taking charge of Fleetwood’s clash with Burton on Tuesday. Linesmen Kevin Morris and Mark Jones have both been appointed to assist Simon Mather, with Ravel Cheosiaua coming in as Fourth Official.

Tickets are only now available for U’s fans to buy on the day at Shrewsbury – and can only be bought using cash.

In a game full of incident - which included the withdrawal of Dimitar Mitov due to a head injury and a red card for Adam May - it was the hosts who took the lead during the early goings before a super strike from Jack Iredale drew the team’s level at the midpoint of the first half.

Three further goals from the home side in the second half following the dismissal of Adam May meant for a miserable afternoon in Shropshire for United and their travelling fans.

Mark Bonner named two changes to the side that drew 1-1 with Sheffield Wednesday in midweek, as Wes Hoolahan and Shilow Tracey were both recalled to the starting line-up.

The first chance of the game came to Salop’s Daniel Udoh, who headed over the bar from 6 yards out. Slow starts have been a theme for the U’s this season and once again, United fell behind early as Bowman rose highest at the back-post to head home and put the U’s on the back-foot.

Tracey blazed over on 11 minutes as United attempted to wrestle back control of the contest but the hosts continued their strong start as Mitov was needed just four minutes later to keep the score at 1-0, as he got down brilliantly well to deny Udoh a second.

Play kept breaking down for United in the final third with the team unable to string enough passes together close to the Salop goal, to really look like troubling the home side.

Mitov made another smart save on the half hour mark to keep Shrewsbury at bay but just a few minutes later, a heavy collision of the heads between the U’s goalkeeper and Daniel Udoh had the medical teams rushing out onto the pitch to give treatment.

After a substantial delay to proceedings as both were assessed, Udoh was able to continue whilst Mitov was forced off to be replaced by McKenzie-Lyle, making his first league appearance.

As the half drew to a close, Cambridge stepped up their game and took the initiative to the hosts, ending the period on top. Wes Hoolahan saw an appeal for a penalty turned down in added time before Tracey got to the by-line inside the box who just failed to pick out the lurking Ironside.

Despite the improvement in performance, Shrewsbury had the ball in the net deep into the seven minutes of added time, but much to the relief of the travelling Cambridge contingent, it was ruled out as Ebanks-Landell was adjudged to have handled the ball on its way in from a well-taken corner.

Both teams came out for the second half unchanged and it was the home side that started on the front-foot again, seeing a shot flash just wide of goal but McKenzie-Lyle had to be alert to beat away an on-target long range effort.

Whilst conceding early has been a theme for the U’s, so has scoring from behind and mounting comebacks and another looked to be on the cards on 58 minutes as Jack Iredale rifled in a thunderous strike from the edge of the box to bring United level.

All of a sudden, Mark Bonner’s side were looking full of confidence and hungry for more. Hoolahan came inches away from picking out Ironside inside the box, with the ball falling just the wrong side of the post, but a straight red card shown to Adam May in the 69th minute threatened to jeapordise United’s attempted comeback, as the midfield man was penalized in the strongest possible way for a challenge on Josh Daniels.

It didn’t take long for Shrewsbury to make their man-advantage count, as Bowman was put through on goal before finishing into the bottom corner to claim his second of the game.

Bowman wrapped up his hat-trick with less than 10 minutes to go, thanks to another expert finish from the striker, before a further goal from Luke Leahy on the stroke of 90 compounded the misery, as the U’s must pick themselves up for another away trip on Tuesday night, with the team travelling to Doncaster. 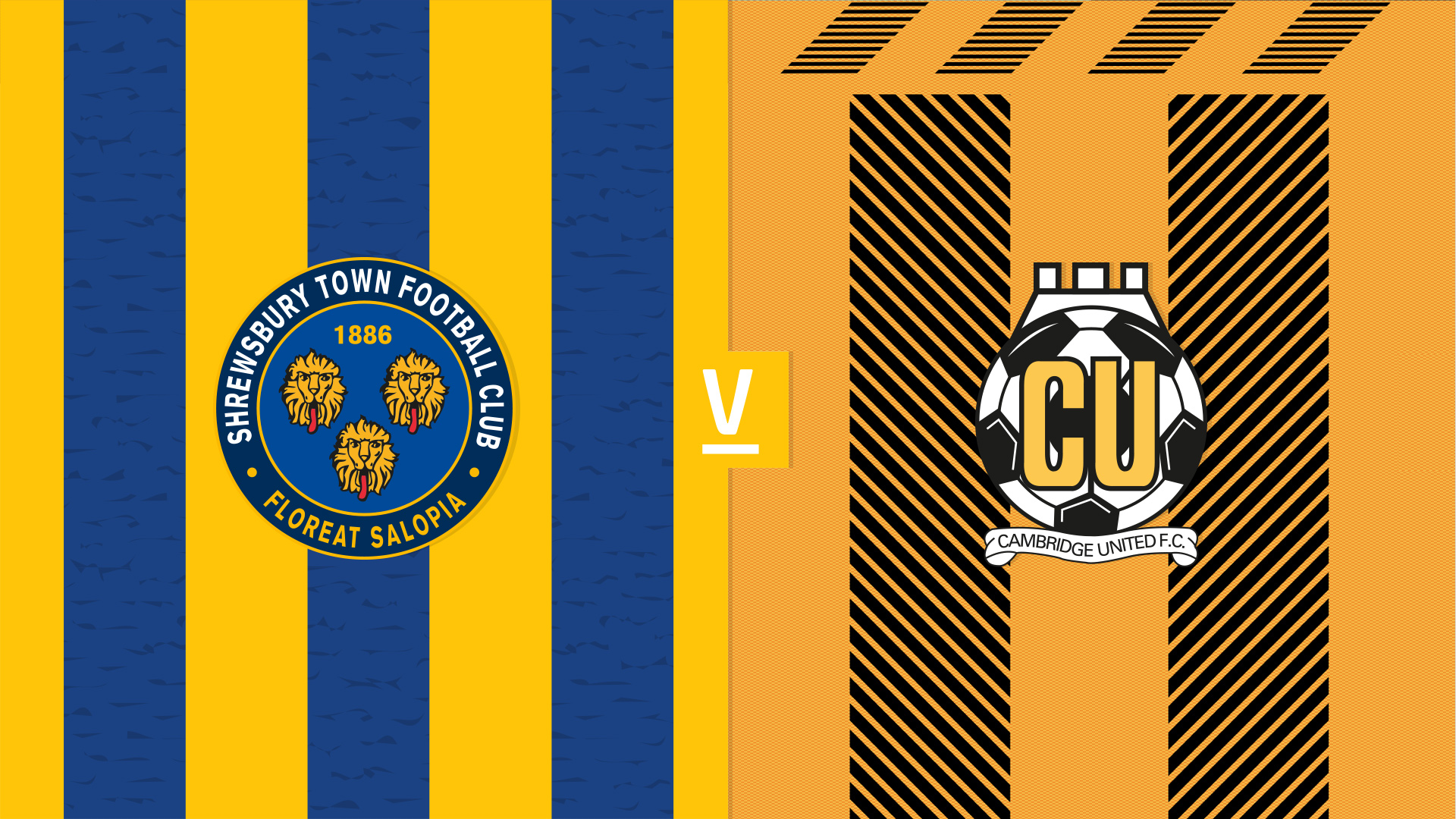 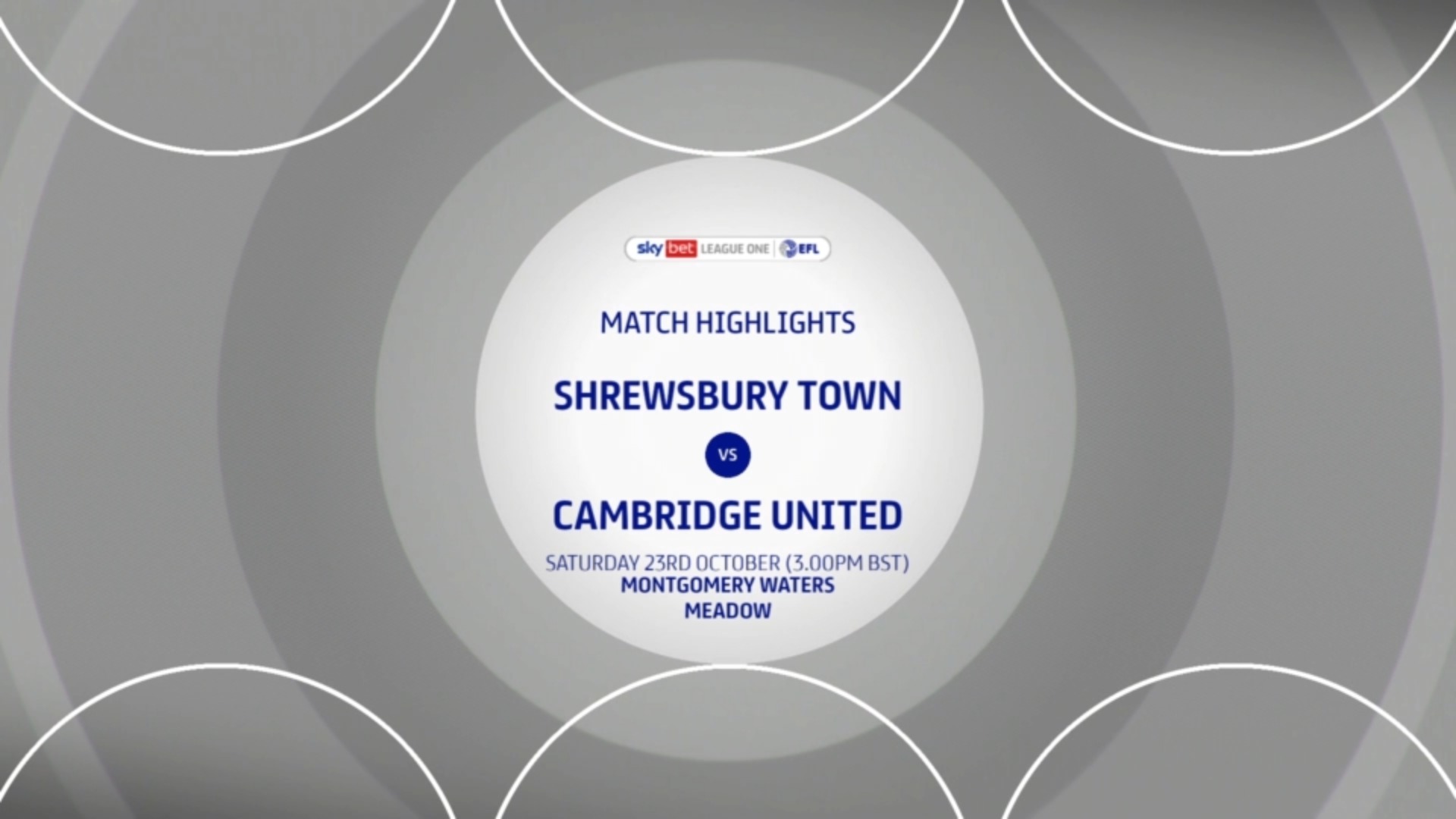 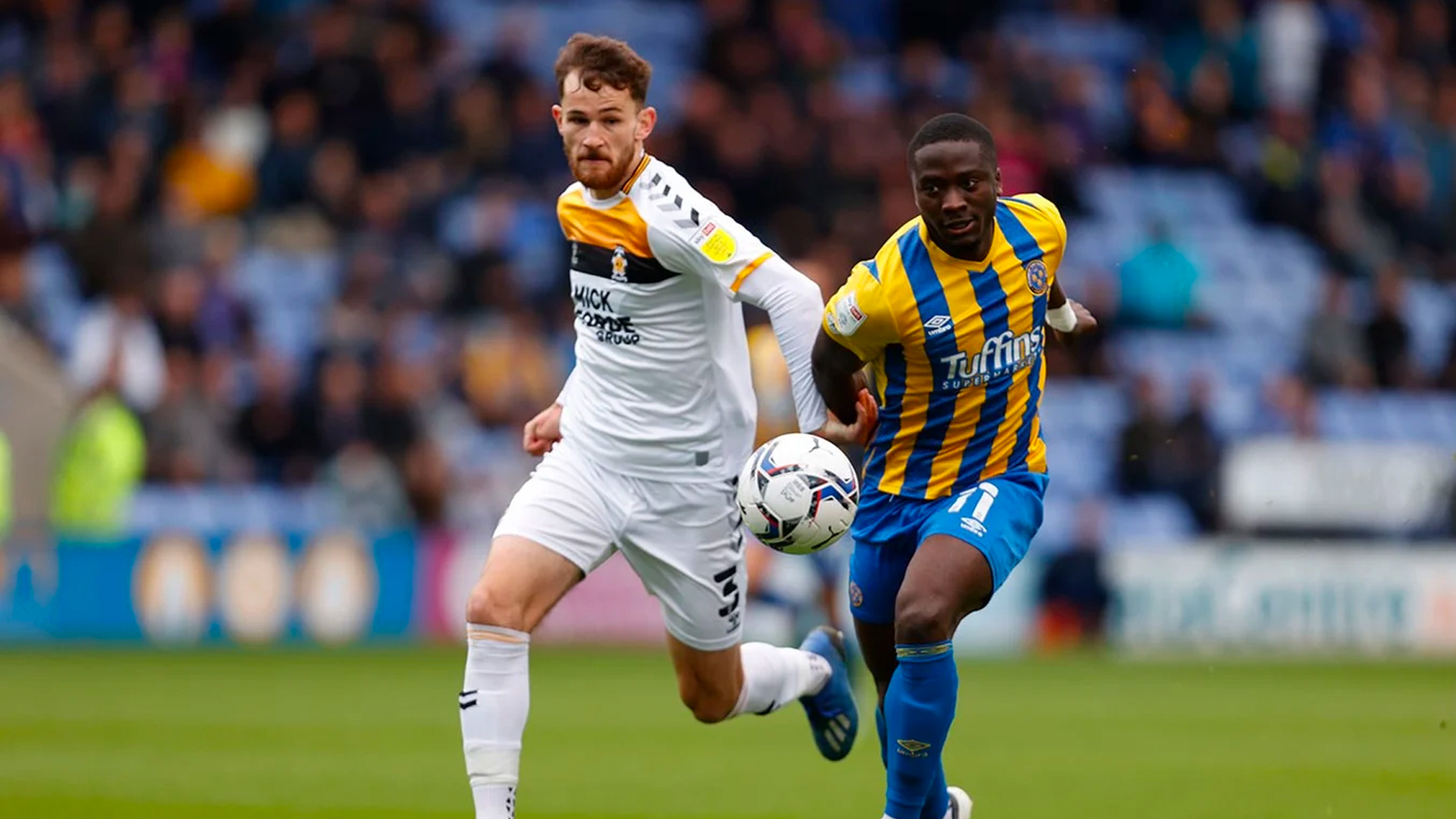