After Tuesday's defeat, The U's head to Crewe Alexandra looking to bounce back...

Mark Bonner will be looking for a response from his U’s side following defeat to Gillingham on Tuesday. United were unable to respond after going down to goals from Vadaine Oliver and Danny Lloyd either side of the half-time whistle – seeing the three points head back to Kent.

Despite defeat, spirits will remain high in the United camp, having won four of their previous seven outings in all competitions.

Prior to Tuesday, strikes from Shilow Tracey and Adam May saw United earn a point against an inform Fleetwood side, however manager Mark Bonner stated post-match the frustration caused seeing United fail to hold out for all three points, having been in control of large parts of the second half.

The departures of star men Charlie Kirk, Ryan Whintle and Harry Pickering has hit David Artell’s men hard throughout the opening nine games of the new season – with his side failing to register their first (and only) league win of the season until mid-September, against the ten-men of Burton Albion.

Despite early season woes, there may be renewed hope for the Railwaymen, having only lost one in their last six outings in all competitions. Most recently, earning a respectable point against Plymouth Argyle – with Artell’s side striking after just three minutes through Scott Kashket before Ryan Hardie’s equalised for the hosts mid-way through the second 45.

Crewe fans will be hoping that striker Mikael Madron, who contributed to 15 league goals in his maiden season with the Railwaymen last season, can carry on his form as he spearheads a side aiming for successive mid table finishes in the third tier following their promotion from League Two during the 19/20 season.

History favours Mark Bonner’s side as they prepare for a trip to the Mornflake Stadium, seeing The U’s run out victorious on 15 of the 31 occasions both sides have clashed – with Crewe coming out on top eight times.

Sam Smith’s brace, coupled with an excellent Paul Lewis header saw Colin Calderwood’s side run out 3-2 winners against eventual League Two runners-up in an entertaining affair the last time the two sides faced off at the Mornflake Stadium in 2019.

Colin Calderwood’s U’s took the lead 12 minutes in through loanee Sam Smith, before the hosts were reduced to ten-men as Paul Green was dismissed five minutes shy of the half-time whistle. The entertainment didn’t let-off in the second half either, as two quick-fire goals from the hosts flipped the score, however United responded well, with Liam O’Neil’s excellent delivery being expertly met by the head of Paul Lewis before Sam Smith sealed the three points after United were awarded a penalty - much to David Artell’s dismay, who expressed his feelings post-match.

U’s boss Mark Bonner appreciates the challenges that Crewe pose ahead of their game on Saturday: “Crewe are a team that have had a bit of flexibility in their shape recently, traditionally a 4-3-3 team however in the last two games have played a back three away from home. They have had two good draws in their last two that they will be really satisfied with.

“They are a real threat in possession of the ball, and we will have to make sure that we are well organised and structured to defend against and we have to get our pressing game right.”

You can read or watch Mark Bonner’s full press conference ahead of Saturday’s clash.

David Artell is hoping his side can turn The Railwaymen’s current run of draws into wins: “We have had one defeat in the last six games, and that is a step in the right direction. There have been too many draws in that sequence but if it can become one defeat in eight games and there is three wins in there, it looks a lot healthier.

“That is the challenge for us but I think it shows that we are getting there. It hasn’t been a bad foundation to build from and I believe we are improving. We will get there. There is still a long way to go to where we want to be but I cannot fault the lads at the moment.

“They are absolutely working their socks off and are probably further on in our development than I thought we would be. That is credit to them and we have to keep working hard out of the training ground to strive to get better.”

After refereeing Ipswich Town’s 6-0 drubbing of struggling Doncaster Rovers on Tuesday, Carl Brook will make the trip to the Cheshire to head up United’s clash on Saturday with Crewe.

The East Sussex-born official has spent this season jumping around League’s One and Two, and will lead up a U’s game for the first time since January, where he impressively booked nine players in United’s 2-1 win against Harrogate Town. Despite falling behind in the first-half, goals from Wes Hoolahan and Joe Ironside sealed the three points for Mark Bonner’s side on the day.

Linesmen Kevin Mulraine and Christopher Ward have been appointed to assist Carl Brook, with Chris Isherwood coming in as fourth official.

Mark Bonner's men now make the journey to the Mornflake Stadium for a 3:00pm kick-off on Saturday 2nd of October to face Crewe Alexandra.

Wheelchair tickets are available, paying concession rates at £19 with a carer FOC.

CFU's Away Travel is also available to book now for £30 per person. You can click here for more information.

Buy your tickets from CUFCTickets.com, by calling 01223 566500 (Option 1) or by purchasing from the Abbey Stadium Ticket Office during our Opening Hours. Tickets will also be available for fans to buy on the day from the Mornflake Stadium. 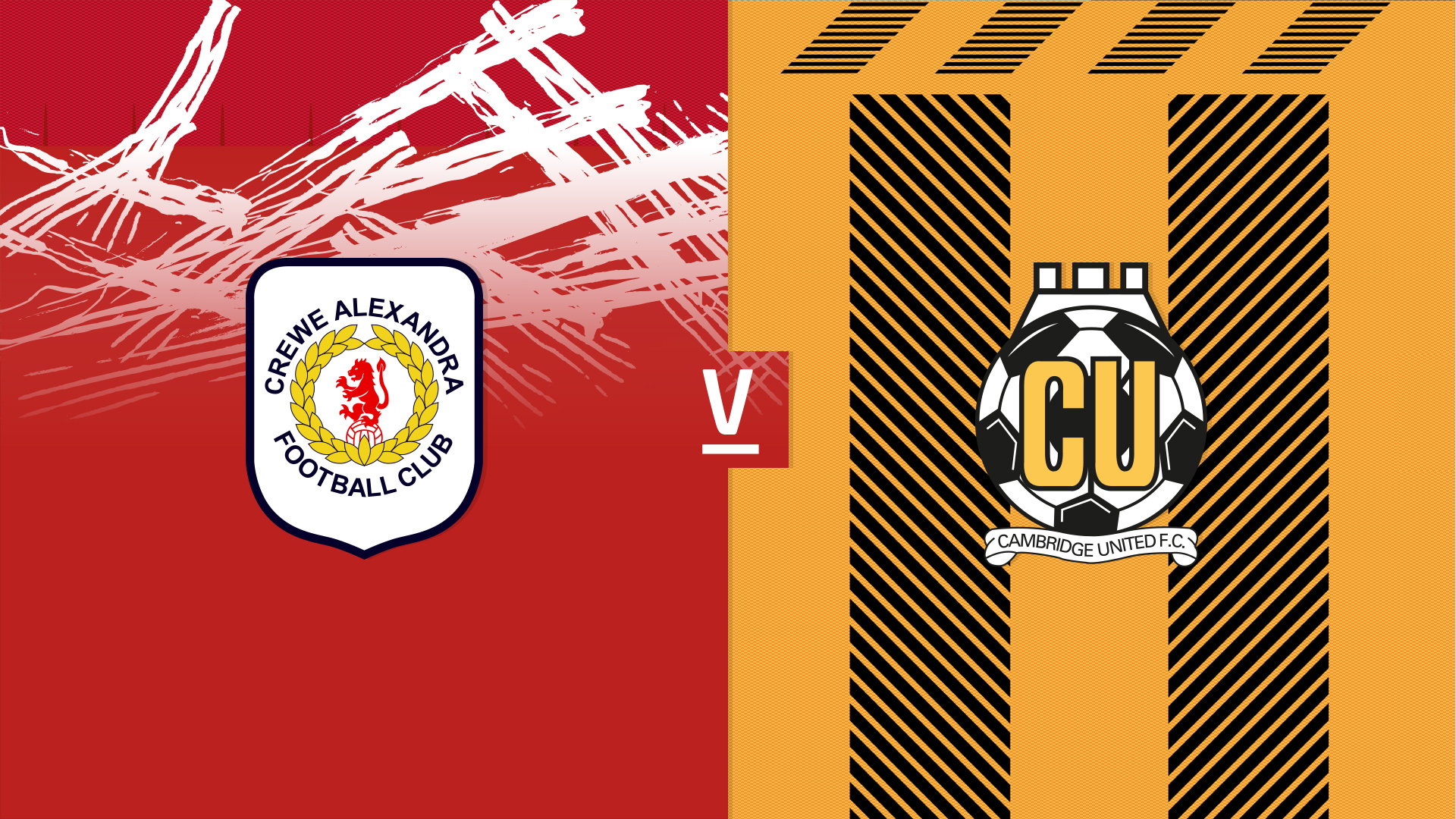 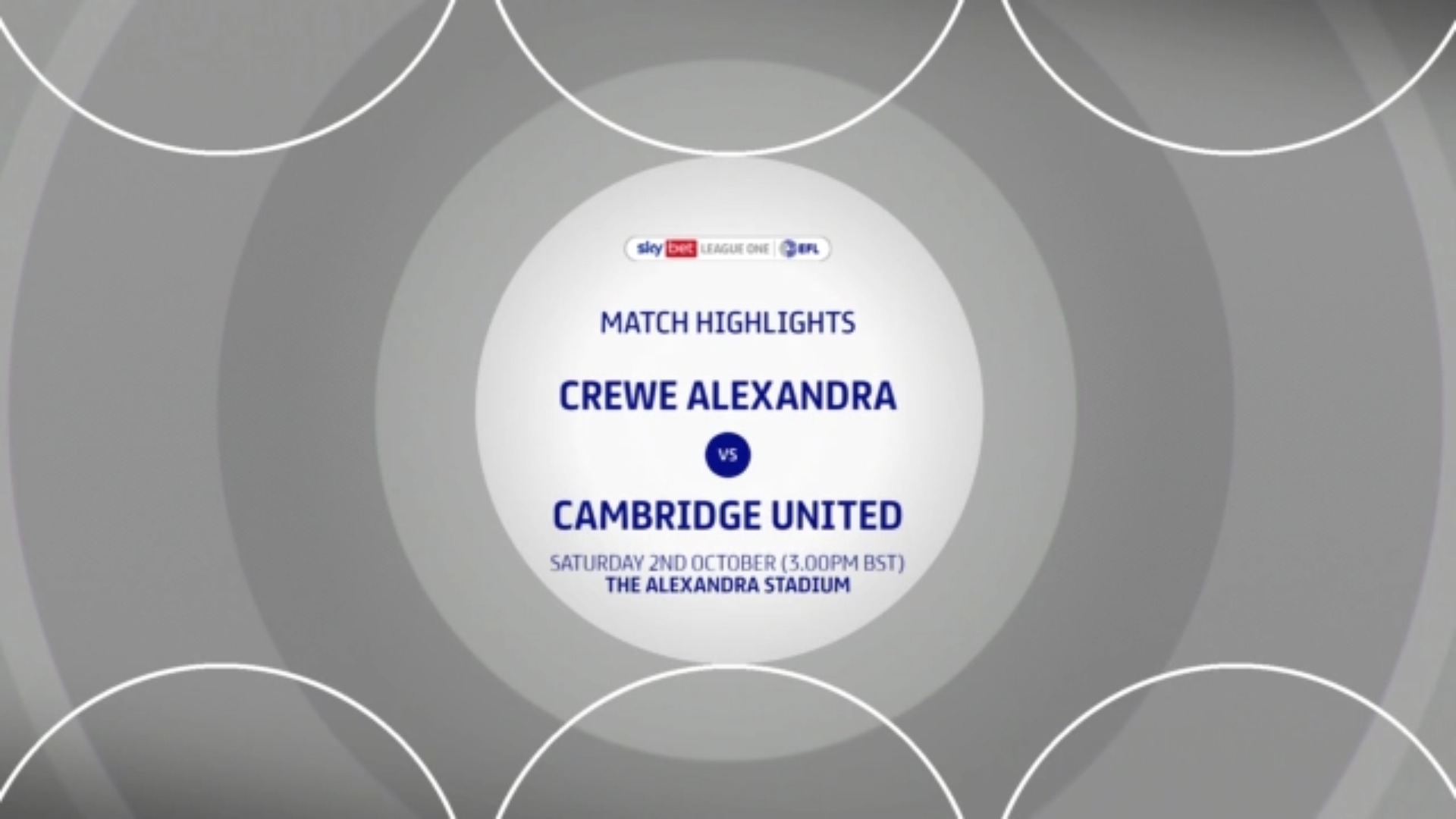 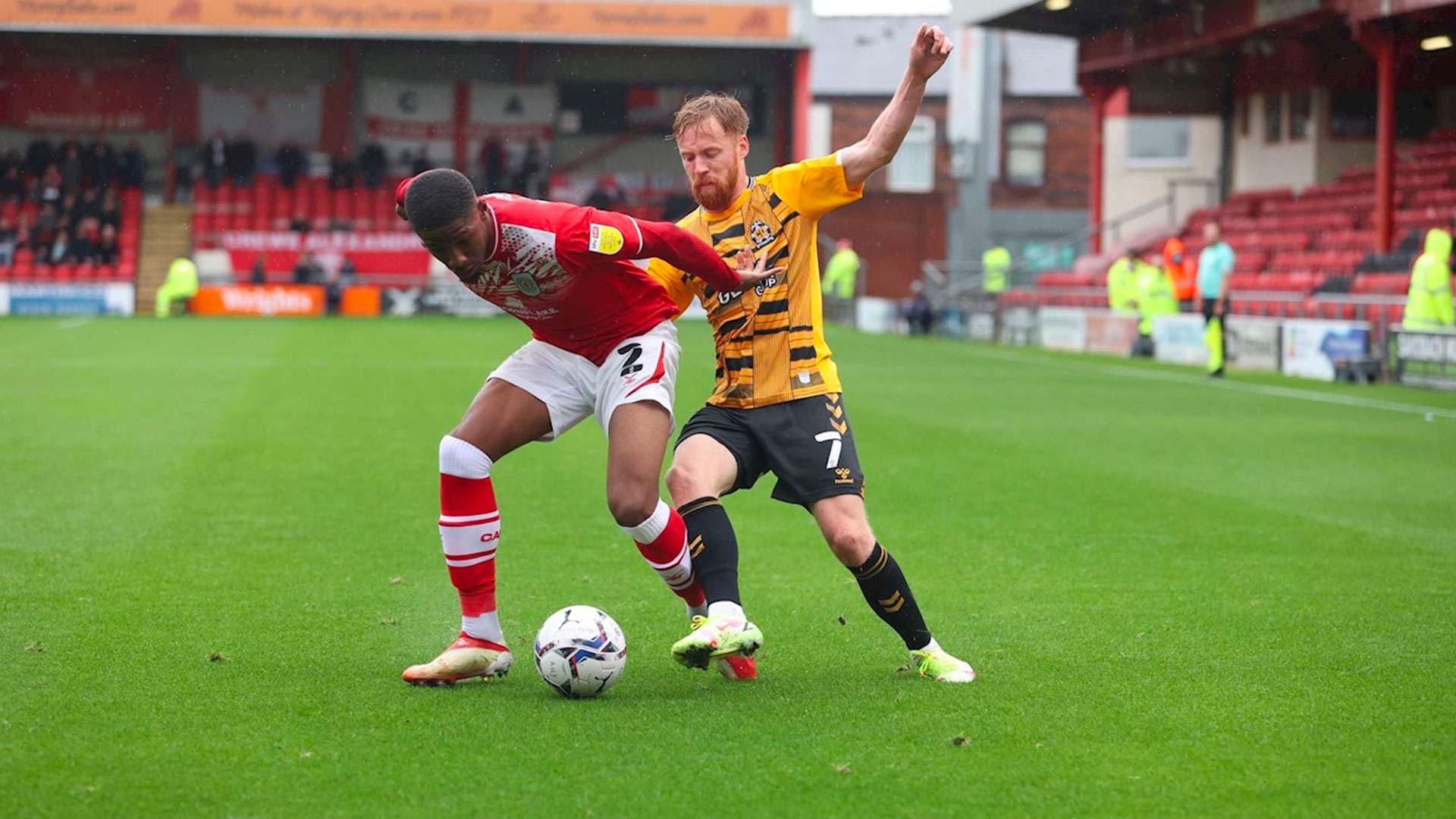