“We've not played a team as strong, athletic and aggressive this season." – the words of Head Coach Mark Bonner after his side were beaten by Rotherham on Saturday as the Miller’s stretched their unbeaten run in all competitions to 15 thanks to goals from Ben Wiles, Daniel Barlaser and Freddie Ladapo seeing the points stay in South Yorkshire.

However, it wasn’t so straightforward for Paul Warne’s side – who are aiming to make it three promotions in their last five seasons – as a valiant U’s side had Rotherham pegged back in their own half for much of the second half – after Sam Smith’s fourth in as many games halved the deficit five minutes after the restart, before Freddie Ladapo secured the win late on.

Prior to Saturday’s defeat, the U’s tasted FA Cup success as they saw off Northampton Town in a First Round replay at the Abbey Stadium. Harvey Knibbs, Sam Smith and Ben Worman sealed a comfortable win for Mark Bonner’s side, setting up a Second Round tie at home against either Bradford City or Exeter City.

Leam Richardson’s side are living up to pre-season expectations, with the Latics sitting just two points shy off top spot – as well as boasting two games in hand over Plymouth who currently sit at the summit of League One.

The Lancashire based side head into Tuesday night’s game at the Abbey fresh off the back of a free weekend, having seen their clash at the Kassam Stadium postponed on Saturday due to a Covid-19 outbreak within the Oxford United camp.

Despite boasting a wealth of experienced EFL pro’s, the Latics struggled to see off Solihull Moors in their previous outing, with it taking a replay and extra time for the Latics to eventually see off the Vanarama National League outfit. Wigan eventually secured their FA Cup Second Round tie against Colchester United thanks to Callum Lang’s 104th minute goal. The Tranmere Rovers academy graduate made his return to the DW Stadium this summer following his release from Sunderland and is quickly establishing himself as one of League One’s best players. The 28-year-old has been deployed largely at right back this season, contributing to six goals (1G, 5A), however has more recently has been playing in his more natural position in the heart of the Latics’ midfield, as Leam Richards side have switched between playing with a three and four-man defence.

Tuesday’s night’s clash at the Abbey will see both Cambridge United and Wigan meet competitively for the first time in almost two decades. Andy Liddell’s second half hattrick sealed all three points for the Latics in a 4-1 win at the then named JJB Stadium back in 2002.

Tuesday’s visitors Wigan boast a historical advantage over the U’s, having won five of the 14 clashes between both sides, three better than United’s two wins.

U’s Head Coach Mark Bonner is expecting a tough match-up against the Latics on Tuesday night: “They have got the ability to be aggressive and direct, playing forward passes into strikers like Charlie Wyke, and Stephen Humphreys that can physically dominate and be a real threat in the box off crosses.

“They have got players like James McLean, Callum Lang, as well as good quality full backs that want to attack and their possession stats are very high. They will also find ways to find Will Keane as a number 10, they have got lots of lots of options in attacking areas.”

Declan Bourne has been appointed as the game’s referee, with Christopher Husband and Stuart Butler coming in as his assistant referee’s. Hristo Karaivanov will oversee the game as fourth official.

Kick-off is at 7:45pm and another big crowd is expected, so supporters are advised to snap up their tickets whilst they can.

Tickets are available online, over the phone by calling 01223 566500 (option 1) or by visiting the Abbey Stadium Ticket Office. Cambridge United had to settle for a share of the spoils after a late Wigan Athletic comeback forced a 2-2 draw at the Abbey Stadium...

Head Coach Mark Bonner went with the solitary change to the spirited starting XI that were edged out 3-1 by Rotherham United on Saturday afternoon. Wes Hoolahan paved the way for Jensen Weir as United stuck to a similar, resolute 4/2/3/1 formation to contain a fluid Latics midfield.

Anticipation was in the air ahead of the first meeting between the sides since 2002. Despite suffering back-to-back defeats, the U’s went into the match in a healthy 14th position after an up to scratch, honourable campaign. After a run of two victories in their last eleven, however, it would prove beneficial picking up some points as their tricky November schedule continued. Occupying 3rd, the visitors were regarded as genuine title-chasers due to obtaining the joint-sternest backline in the division, plummeting a mere 13. The 2013 FA Cup winners had also racked up a convincing five wins from their last seven, but had been prone to midweek struggles - form that the hosts would aim to capitalise on.

The U’s were exposed to a barrage of Tics pressure from the get go – who were showcasing their aerial prowess thanks to some menacing early deliveries into the six-yard box. They converted on the 8th minute when Will Keane pounced on Tom Pearce’s quick cross into the box, evading United’s backline and executing from 12 yards before swiftly being ruled out for offside.

The scare sprung the hosts into life, who looked to assert some dominance of their own by adding creativity on the ball when in the final third. Although not registering any clear-cut attempts, they had started to find their feet in a battling opening quarter of an hour, but one the side had remained assertive defensively throughout.

The first attempt on target of the evening was conjured up by the hosts after 22 minutes. After dispossessing the U’s in the middle of the park, Max Power picked his spot from 25 yards and drilled towards Dimitar Mitov’s right post, but the Bulgarian cancelled it out assuringly with a low smother.

A moment of magic from the aforementioned goalkeeper ensured the game remained deadlocked on 35. Remarkable cat-like reflexes was on show to paw away Lang’s poke from 5 yards after the striker was picked out by an exquisite deep Pearce cross from the left.

United shifted it up a gear as the interval approached. On the 41st minute, George Williams pickpocketed the ball and drove forward with pace and aggression, turning Curtis Tilt before cutting onto his left and cannoning towards the far post which Ben Amos dived to collect.

Their quickfire attacking spell turned fruitful on the cusp of injury time when Ironside lashed home the opener. After the visitors failed to clear Jack Iredale’s long throw, James Brophy headed into the path of United’s battering ram who chested down and coolly slotted an on-the-turn volley past Amos for his 8th league strike of the campaign.

In response, the Latics exploited where they looked most rampant - down that left flank. Another deadly low attempt into the mixer from Pearce was excellently gathered by Mitov to conclude an intriguing first half of football. The Tics understandably looked dominant on the ball, but it was Bonner’s men reaping the rewards after making the most of their golden chance.

Spirits were high for the U’s as soon as they entered the field again. Their application to the second half was sublime, not wanting to sit back but instead search to double their advantage. They did just that on the 53rd minute when May, who was slotting seamlessly into the attacking department, picked up Ironside’s lay-off and nestled home to cue jubilation in front of the vibrant Newmarket Road End.

The visitors retaliated a few minutes later through Lang - who used tricky feet to cut inside and fire towards the near post - but the inspired Mitov dived to applaudingly claw away for a corner. In that time, Harrison Dunk was marking his 400th appearance in amber and black colours with a determined, scintillating display as United looked to weather the storm.

From here, the game slightly petered out chance-wise, but it remained an entertaining spectacle. Leam Richardson’s men supplied an endless amount of deliveries into the box - but to United’s credit they recycled it continuously, not giving their opponents a real sniff of a consolation.

The Tics’ pressure paid off on the 83rd minute when Gavin Massey set up Lang, who turned his man and dispatched a neat attempt to set up a nervy finish as they continued to throw the kitchen sink at United.

The goal spearheaded the visitors as they clawed an instant leveller in their next attack to crush the hosts on 87. A wide free-kick was whipped towards an onrushing Lang who made no mistake by calmly poking home to secure a quickfire turnaround.

The response from United was a bright one – but ultimately they couldn’t find a way to nick a last-gasp winner as the points were shared on a breath-taking evening.

They’ll be determined to conclude a testing November run with a positive result on Saturday afternoon (27thNovember) as they welcome Sunderland to a populous Abbey Stadium. Be sure to grab your tickets and back the boys!

Man of the Match: Ironside 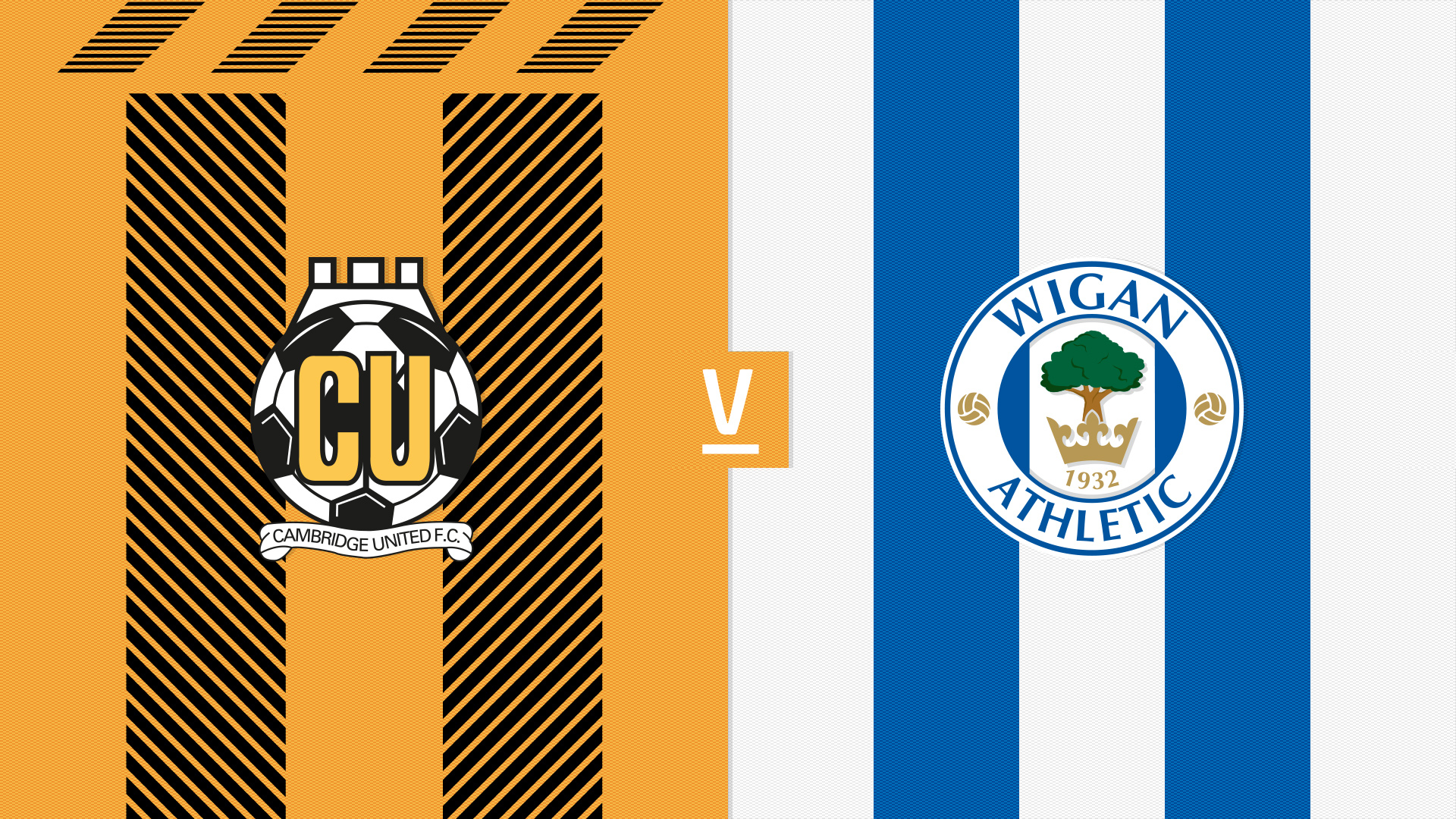 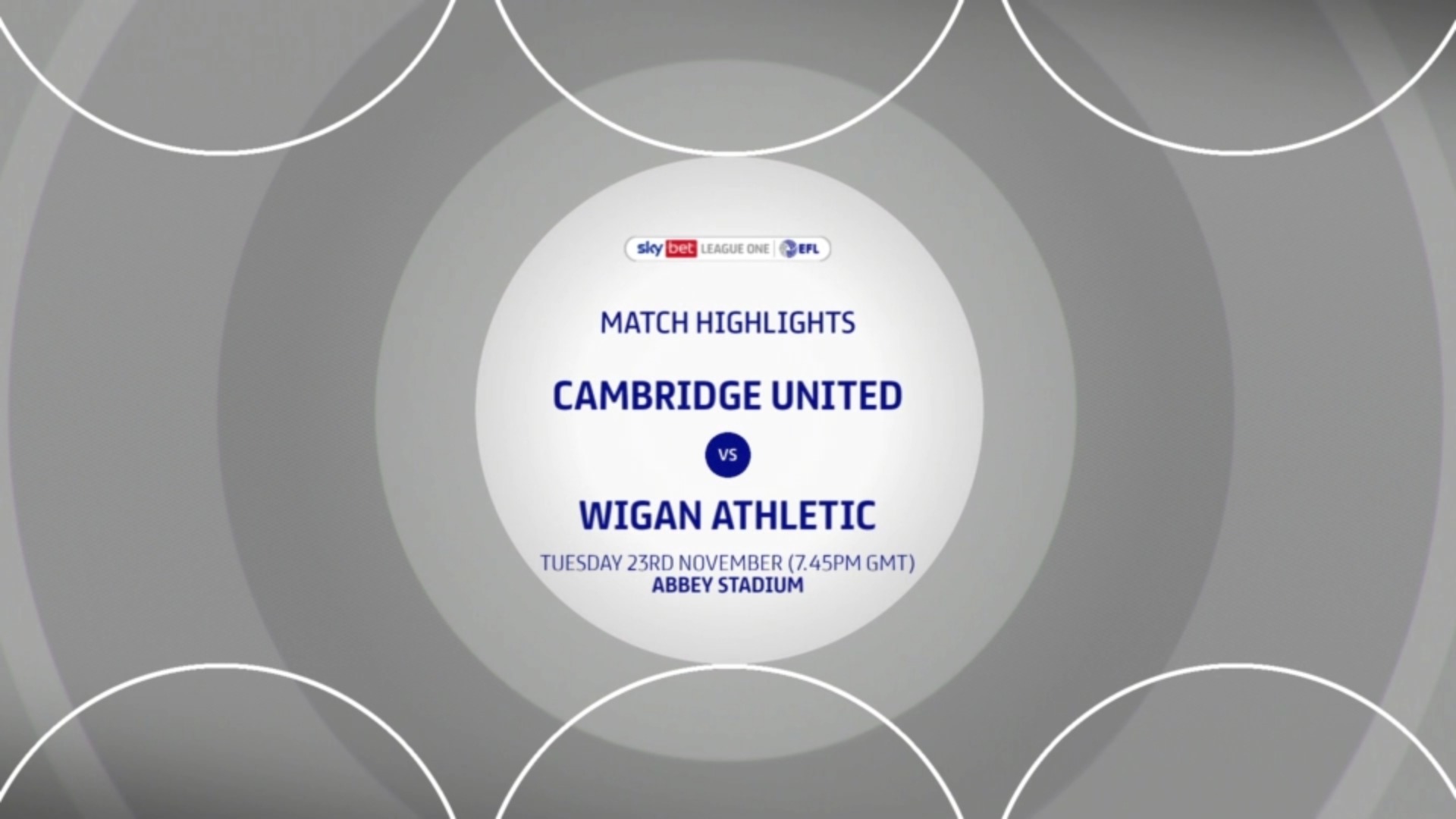 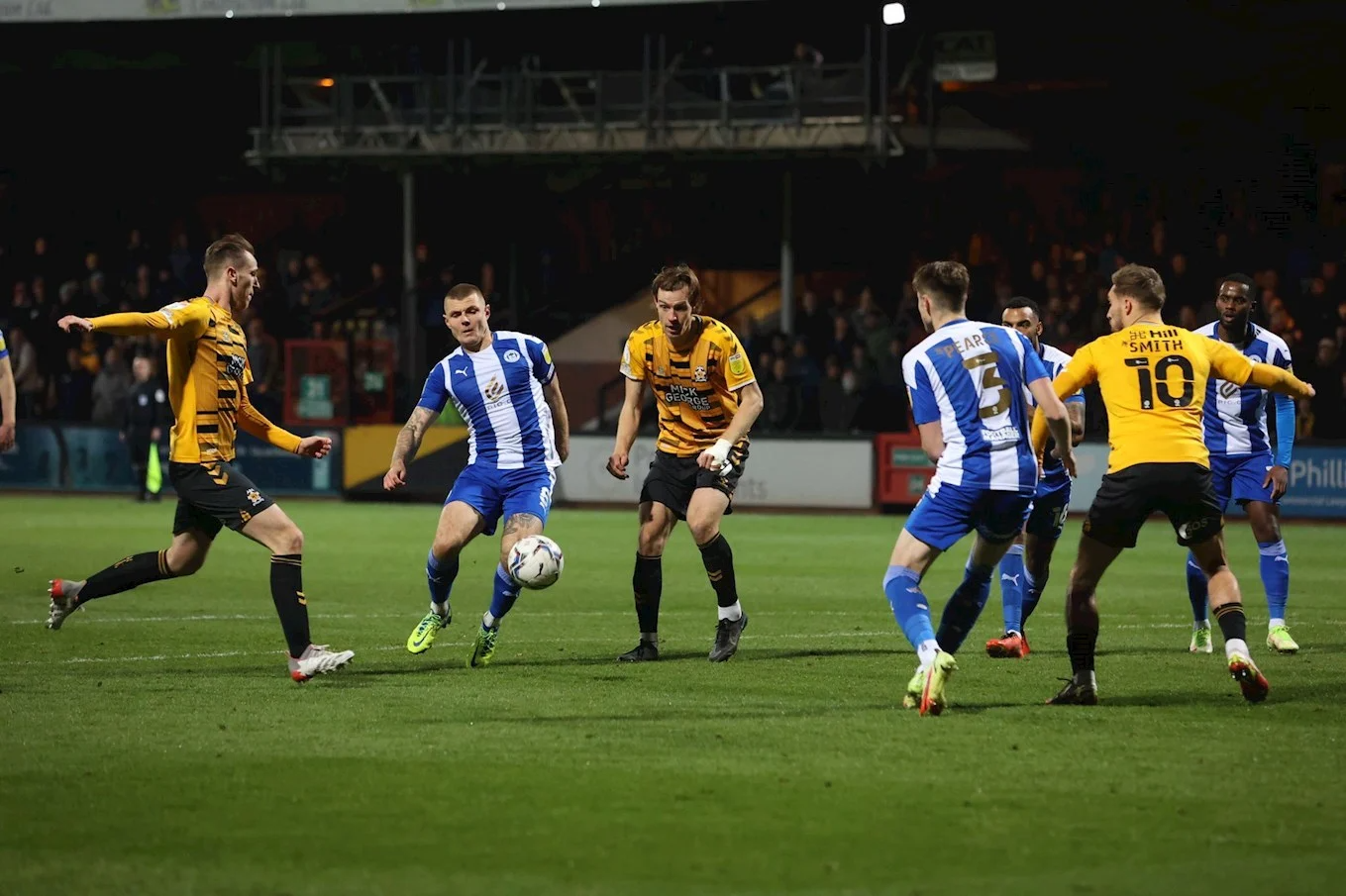