Having topped Group H, Mark Bonner's men now face off against Walsall in the Second Round of the Papa John's Trophy...

Mark Bonner’s men will be looking to bounce back after falling to defeat against Sunderland on Saturday. Despite Sam Smith scoring his fifth goal in his last six outings and levelling the game midway through the second half, the U’s were unable to salvage a point after Nathan Broadhead had restored the Black Cats’ lead after 36 minutes, despite United dominating for much of the second 45 minutes.

The U’s previous outing saw United left frustrated having surrendered a two-goal lead in the final ten minutes, after Joe Ironside and Adam May struck either side of the half-time whistle, before Callum Lang’s late double salvaged a point for Leam Richardson’s Wigan Athletic.

Matt Taylor’s Walsall were unable to return Staffordshire with any points having made the daunting trip up to Carlisle on Saturday. Tristan Abrahams’ 88th minute winner sealed all three points for the Cumbrians and in turn saw Chris Beech’s side move out of the League Two relegation zone – leaving Walsall sitting 14th, six points shy of the play-offs.

The Saddlers however, were able to end a three-match winless run last Tuesday, as Brendon Kiernan’s first-half strike was enough for the three points over a Port Vale side who were reduced to ten-me midway through the second half.

The tough tackling defensive midfielder progressed through the Saddler’s youth ranks, having joined the club as an eight-year-old, before making his debut for the club in 2014 aged 18. Now 25, the Irishman, who boasts international experience representing the Boys in Green at U19 and U21 level, has now ranked up over 180 appearances for the Saddlers.

Tuesday night’s clash at the Abbey will see Cambridge United and Walsall compete together in the EFL trophy for the first time since 1999, where Walsall eventually saw off Roy McFarland’s side off on penalties after the two teams were tied 1-1 at full-time.

Tuesday’s visitors Walsall boast a historical advantage over the U’s, having won eight of the 15 clashes between both sides, three better than United’s five wins.

However, in more recent years the U’s have tasted victory against the Saddlers, with Paul Mullin scoring the game’s only goal the last time the two sides met in March 2021, seeing the U’s complete a league double over Walsall en route to promotion.

U’s First Team Coach Barry Corr expects the team to make changes: “There is going to be changes with the team and that is probably a by-product of the kind of run that we have been on. We seem to have played every Tuesday for as long as I can remember!

“It is a good opportunity to give some minutes to some of our really promising players. It points to how good of a squad we have got. We do have good players that maybe haven't played so much this season and it is an opportunity for them to stake a claim for future games.”

Will Finnie has been appointed as the game’s referee, with Andy Bennett and Geoffrey Russell coming in as his assistant referee’s. Abigail Byrne will oversee the game as fourth official.

Only the Main Stand will be open for this fixture, with tickets priced at £12 for Adults, £8 for Concessions and £1 for U18s.

Cambridge United advanced into the Last 16 of the Papa John’s Trophy with an efficient 2-0 victory over Walsall at the Abbey Stadium...

Sam Smith reached double figures for the season after dispatching an early penalty to send the U’s ahead. Further heroics from an inspired Kai McKenzie-Lyle, including a save from 12 yards of his own, kept the Saddlers at bay until Shilow Tracey capitalised on a late error to see off the spirited League Two side and ensure the cup run continued.

Deeming it a useful opportunity to inject fresh legs to the fold, Mark Bonner rotated his side by making eight changes to the XI that were edged out 1-2 by Sunderland three days earlier. Jack Iredale, Conor Masterson and Sam Smith all kept their places as the Head Coach rewarded starts to those whose impressive displays helped assist the U’s as they topped the Southern Group H.

Looking to advance from the Round of 32 for a second successive season, the U’s approached the match determined to generate some momentum after going winless in four in a challenging run in the league. They’d take heart from promising knockout football performances this campaign, dispatching Oxford United and Tottenham Hotspur U21’s to set up a tie against a streaky Saddlers side who finished 2nd in an enticing group D and were languishing in 14th in League Two.

The Saddlers started the tie in authoritative fashion, testing the U’s backline with some early opportunities within the opening minutes. After a strong interception in the middle of the park, Emmanuel Osadebe drove into the final third and lashed an attempt that McKenzie-Lyle met with a strong dive. Conor Wilkinson had two quickfire attempts from a tricky angle down the left but blazed both into the side netting.

United were dealt a major scare on the 7th minute when Wilkinson flicked the ball onto Kieran Phillips, who got the better of Jubril Okedina and marauded forwards in a one-on-one position but was denied astutely by the feet of McKenzie-Lyle to ensure the game remained deadlocked.

The hosts’ first major attempt proved clinical when Smith handed United the lead from the spot on 18. After pouncing on a misplaced Otis Khan back pass, the striker was taken out by Manny Monthe before he could pull the trigger. Making no mistake from 12 yards, the top scorer calmly slotted into the bottom left corner.

Matty Taylor’s men reacted positively, conjuring up another scare on the 25th minute when Hayden White’s sublime cross was met well by Wilkinson – who dipped his header agonisingly wide of United’s left post.

Rampant on the break, the visitors were handed a chance to level matters with a penalty of their own on the 33rdminute when Conor Masterson mis-timed a tackle and took Phillips out in the process. Nonetheless, the inspired McKenzie-Lyle stood strong and denied the aforementioned opponent with a smart low dive before smothering the ball to keep the advantage intact.

On the cusp of half-time, Masterson headed wide a Ben Worman delivery to conclude an intriguing first period where, in truth, the Saddlers had crafted a plethora of opportunities and would be scratching their heads as to how they hadn’t yet bulged the onion bag. Nonetheless, the U’s were reaping the rewards for sharp attacking instincts.

Eager to level matters, the West Midlands outfit came out on the front foot. Khan whipped in a teasing cross from the right which Monthe met assuringly but the centre-back darted his header from inside of the box wide of the crossbar on 49.

The encounter petered out significantly for a short spell – with the U’s remaining firm defensively and comfortable on the ball but were yet to test the palms of Jack Rose in this cagey affair. Shilow Tracey and Harrison Dunk were introduced to inject some much-needed pace and tenacity.

McKenzie-Lyle was having a 24th birthday to remember to say the least, denying a certain equaliser on the 69thminute. An Ash Taylor header gained the power and placement but miraculously, the Guyana international was on hand to showcase cat-like reflexes to paw the attempt away.

After biding their time, United grabbed breathing space on the 80th minute when Tracey was lurking in the shadows to nick the ball away from Taylor’s loose header and executed a delicate lofted shot into the back of the net to put the tie to bed.

The Saddlers offered a late barrage of pressure, forcing Liam Bennett into an excellent goal line clearance at the death. Ultimately, the damage was done as the hosts secured a hard-fought clean sheet and ensured another season competing in the Last 16 of the competition.

The U’s will be eager to make it a successful week of cup progression as Exeter City/Bradford City travel to the Abbey Stadium on Saturday (4th December) in an Emirates FA Cup 2nd Round clash. Be sure to back the boys!

Subs Not Used: Mitov, May 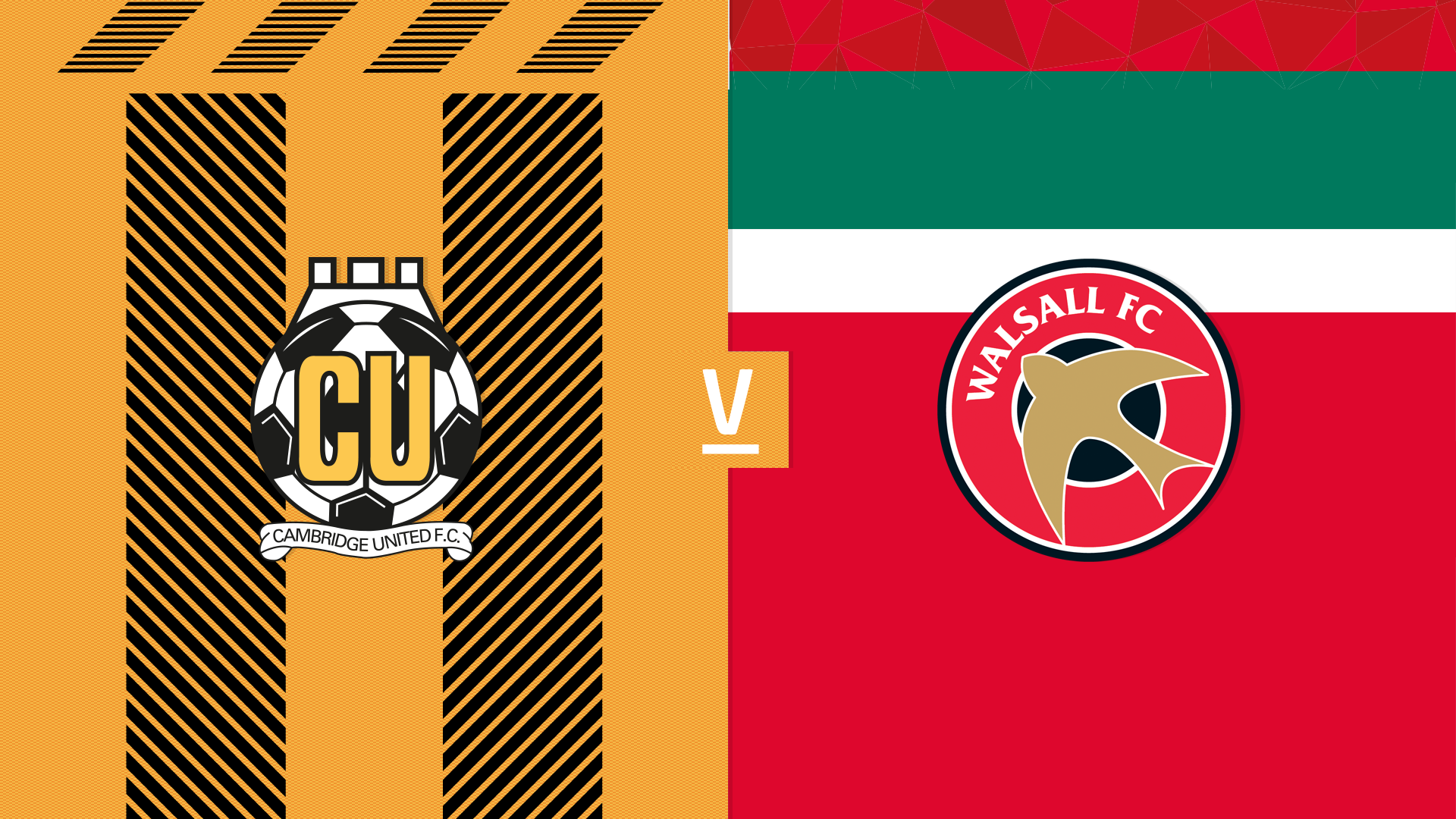 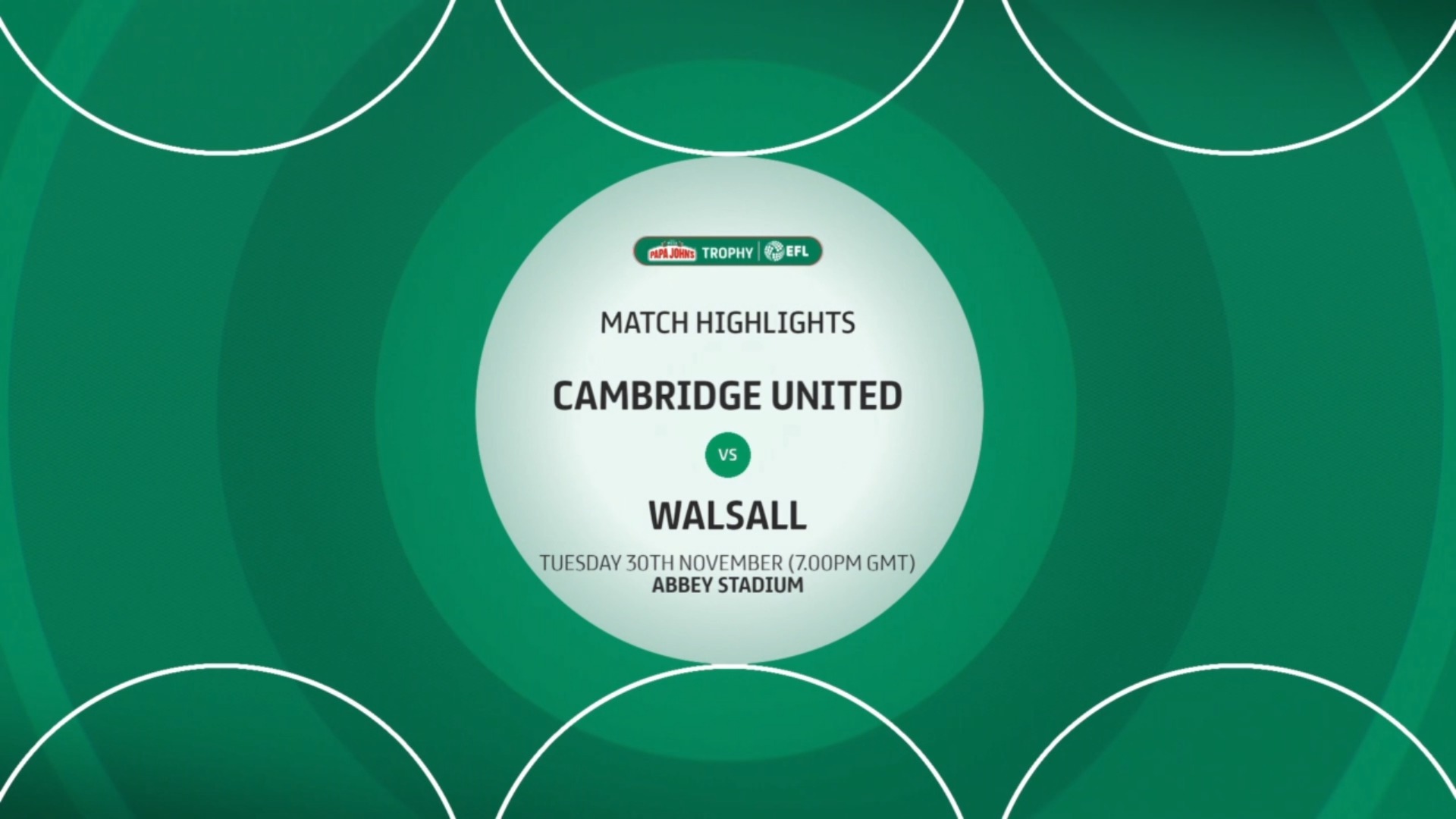 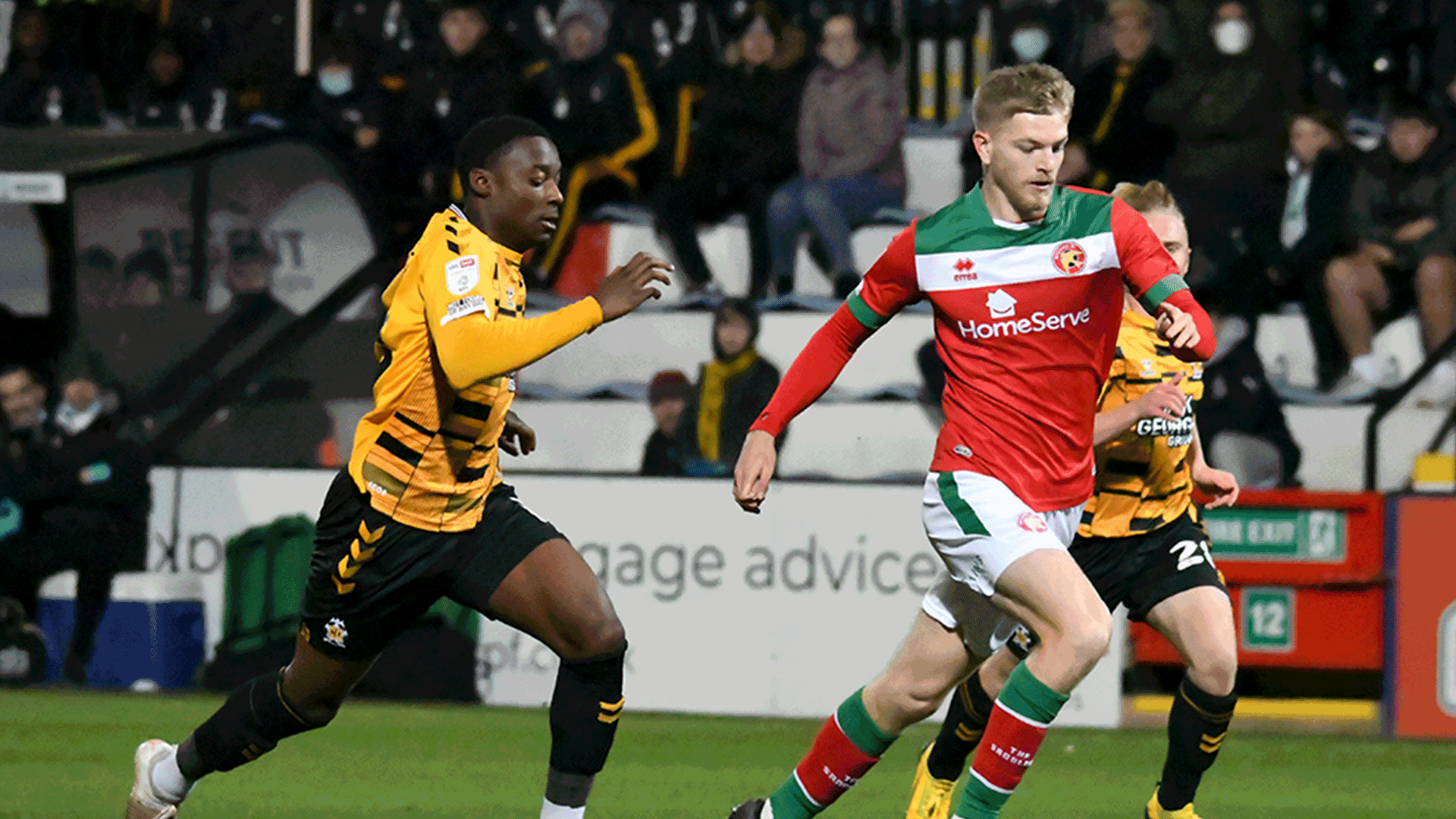