Ambulant Disabled supporters in receipt of higher-level disability living allowance pay their relevant age category with a Carer Free of Charge, whilst the Wheelchair Disabled price also included the admission of a Free Carer Ticket, if required.

United return to home comforts this weekend, having been beaten by promotion chasing Oxford United and Wycombe Wanderers over the last week away from the Abbey.

Mark Bonner’s men, who are looking to maintain their four game League One winning run at home, welcome Shrewsbury having seen off high-flying Plymouth Argyle at the Abbey Stadium a week and a half ago.

More recently, a physical Wycombe side proved to be too much for United, with Anis Mehmeti’s brace, coupled with Gareth McCleary’s goal condemned the U’s to their second defeat in as many games.

After ending a run of nine games without a win in all competitions last weekend, Steve Cotterill’s side make the 285-mile round trip to the Abbey Stadium on Saturday looking to ease any remaining relegation fears within the Montgomery Waters Meadow Stadium.

Only conceding 35 goals this campaign sees Shrewsbury arrive at the Abbey ranking amongst League One’s elite when it comes to goals conceded in the division, with only top two Rotherham United and Wigan Athletic boasting a better defensive record.

Having sat in the bottom four up until the end of November, a run of that has seen Salop lose just three times since the turn of the new has lifted Steve Cotterill’s side up to 17th in League One, seven points above the bottom four.

Head coach Mark Bonner has made it evident throughout the season that his side pay no attention to history, his side hold the historical edge over their opponents on Saturday, having come out on top on 14 of the 34 occasions to two sides have clashed, with Shrewsbury Town winning on 11 of them.

Despite the U’s historical ‘advantage’, it was Saturday’s visitors that tasted victory the last time the two sides met at the Abbey Stadium. Charlie Daniels and Brad Walker’s goals were enough to see Shrewsbury Town progress to the Second Round of last season's FA Cup.

Shrewsbury’s win over the U’s in October may live long in the memories of Salop fans, as Ryan Bowman’s hattrick, coupled with Luke Leahy’s last minute goal, condemned the ten-men of Cambridge to a 4-1 defeat the Montgomery Waters Meadow Stadium.

Prior to October’s meeting, you would have to go back 26 years to find the last game between the two sides played in England’s third tier, with the U’s recording a win and a draw against Saturday's opponents during the 1994/95 season.

Having officiated in Colchester’s draw with Leyton Orient on Tuesday night, Neil Hair will take charge of Saturday’s game at the Abbey as the U’s clash with Shrewsbury.

It’ll be the first time since the U’s 3-1 defeat at the Den in the Carabao Cup second round earlier this season that Hair has overseen one of United’s games.

Hair will be joined by assistants Andy Bennett and Marvyn Amphlett, with Geoffrey Russell overseeing the game as fourth official.

“They’re a strong team, which they showed on Tuesday with the draw against Rotherham. They probably had the edged in that game, after having some good chances and Rotherham’s keeper had to play well to keep them in it at times.

“A physically strong side that are very athletic at the top end of the pitch, they’ve also got some good experience in the mix.”

Steve Cotterill on the U’s:

“I’ve seen a fair bit of them. I finished watching them yesterday and they’re a good team, good spirit, they’ve got some really good players and it’s just a game we’re looking forward to. 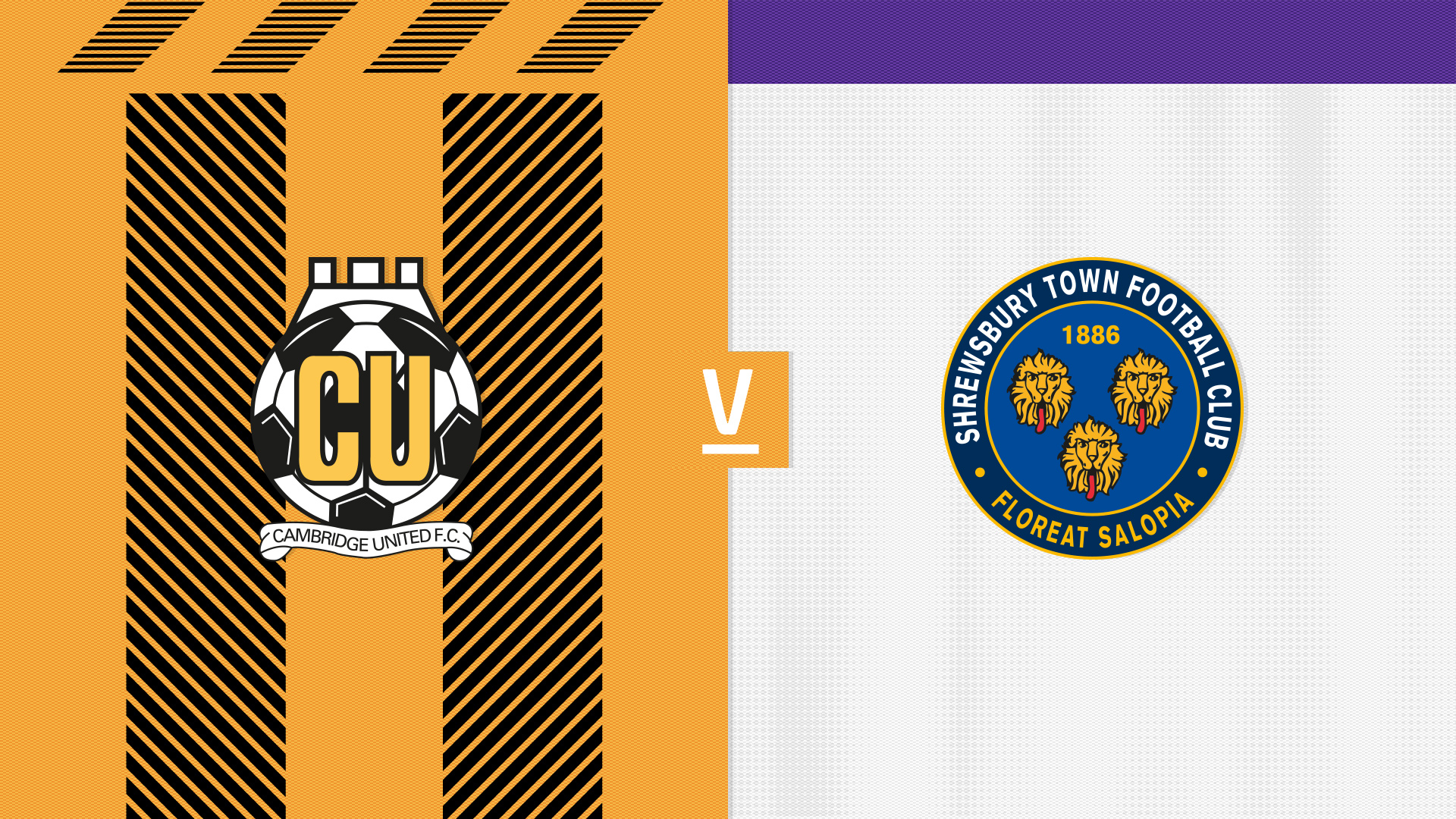 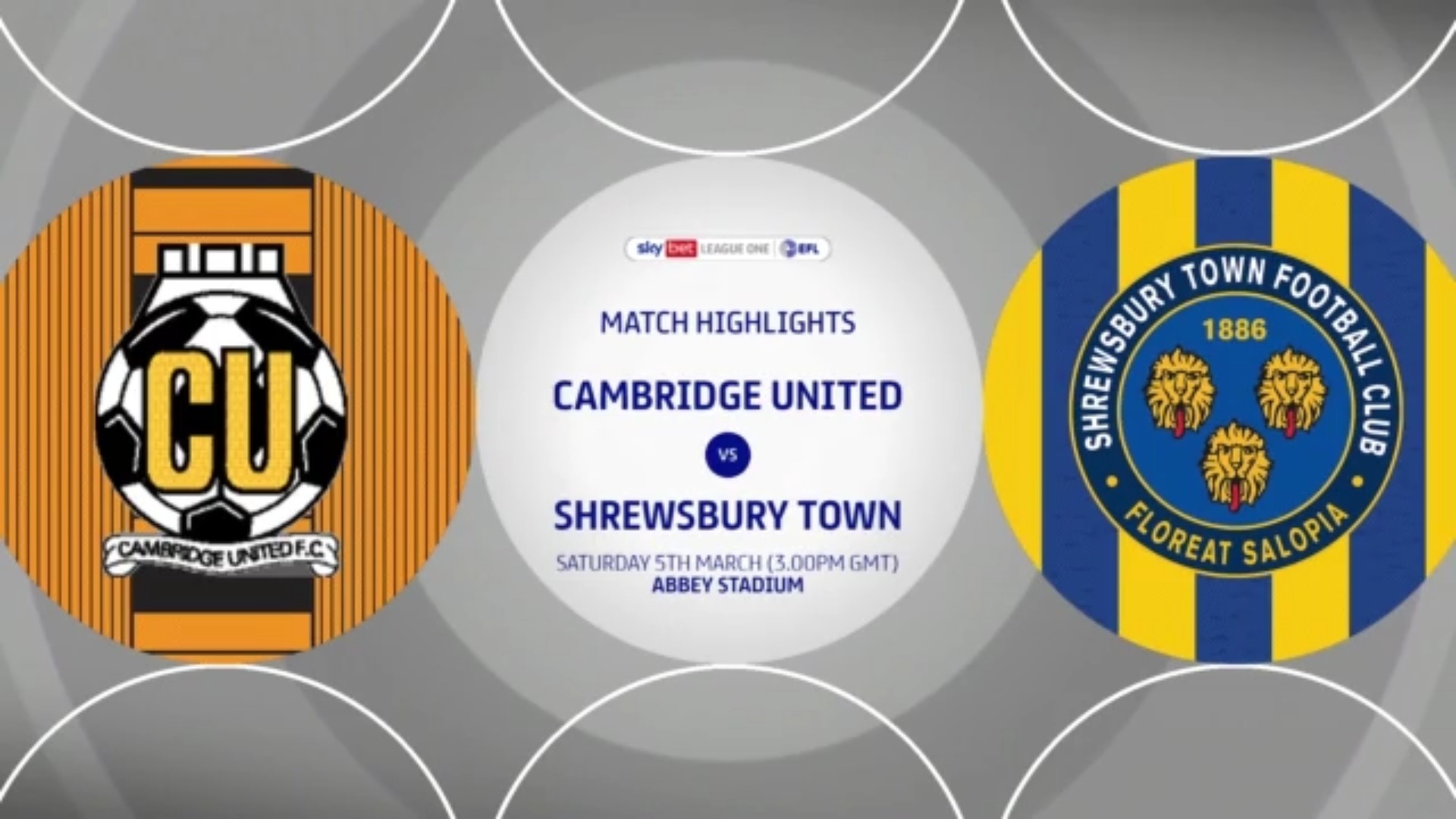 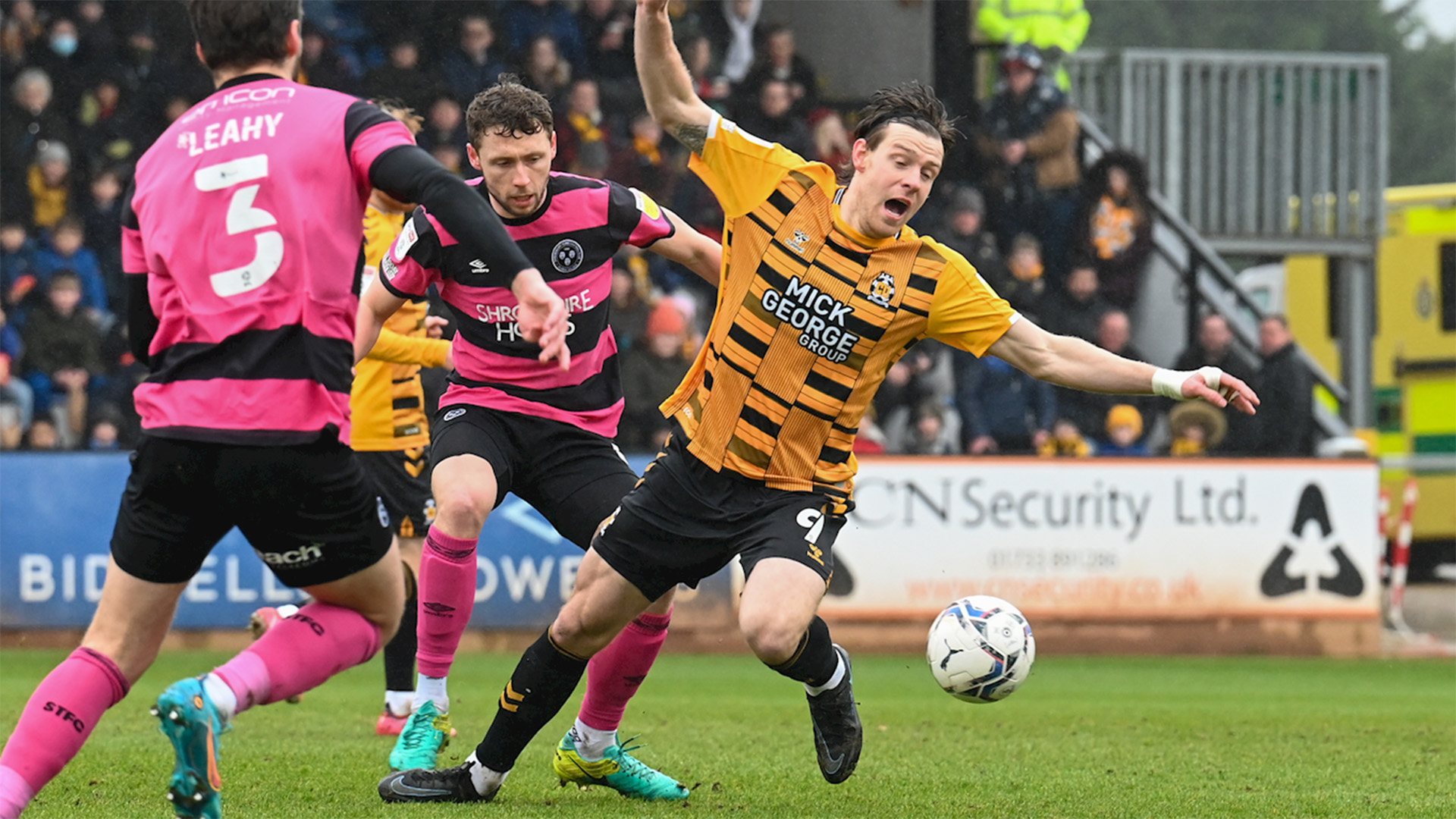