The U’s head to the Valley on Saturday having won three games on the bounce and will be buoyed on by over 1,500 travelling fans...

The U’s make the trip to South London off the back of three successive wins in three different competitions, with Mark Bonner’s men running riot in their last league outing in Gloucestershire.

Played in torrential conditions, former Cheltenham Town loanee Sam Smith gave United the lead after 37 minutes, before Mattie Pollock’s own goal just seven minutes after the restart sparked a rampant second half United performance in which saw Joe Ironside bag himself a 25-minute perfect hat-trick, much to the travelling U’s fans delight.

Prior to Tuesday night’s 5-0 win against Cheltenham Town, wins against both Exeter City and Walsall saw United progress in the FA Cup and Papa John’s Trophy respectively.

Saturday’s hosts Charlton found themselves sitting four points shy of safety in 22nd following the dismissal of Nigel Adkins at the end of October. However, a run of five wins in eight, coupled with just the sole League One defeat to Shrewsbury Town, has seen the Addicks rise to 14th in League One under the tenure of interim manager Johnnie Jackson.

An impressive performance in their previous league outing saw the Addicks run out comfortable 2-0 winners over manager-less Ipswich Town. With League One form striker Jayden Stockley, who’s now bagged nine goals in as many games, giving Charlton the lead before Alex Gilbey sealed the three points late on. The former Preston and Exeter man heads into Saturday’s fixture enjoying a real purple patch, having scored in nine of his last nine games in all competitions – most recently bagging in the Addicks’ win over Ipswich Town throughout midweek. The 6’1” striker will again no doubt be key for the Addicks if they are to continue their impressive run in League One against the U’s on Saturday.

Saturday’s Valley clash will see the U’s and Addicks meet competitively for the first time this millennium, with both sides playing out a 0-0 draw the last time they met in the old First Division back in 1992. United's last win away at Charlton came with the Addicks playing at Upton Park in 1991, with John Taylor and Dion Dublin both on the scoresheet in a 2-1 win for John Beck's side.

Let's throw it back to 1991 and our last win away at @CAFCOfficial! 💛🖤 Shaggy & Dublin on the scoresheet. 🔥 #CamUTD pic.twitter.com/IZl5uMbHk3

History favours Mark Bonner’s side heading into Saturday’s game, with the U’s enjoying eight wins over Saturday’s opponents since 1973, three more than their counterparts, who beaten the U’s on five occasions over the last 49 years.

U’s Head Coach Mark Bonner is anticipating an tough match against an inform Charlton side: “Their form since Johnnie Jackson's taken over has been exceptional, but is unsurprising. You look at the squad and the experience in depth they have; they should not be mid table, let alone near the bottom end of the table.

“The expectation there is obvious, 25,000 supporters will certainly be expecting to come and see Charlton beat Cambridge at the weekend, but little Cambridge want to turn up and see if they can do something and will be buoyed by 1,500 fans that will love being there”

“At the end of the day we want to try and be competitive and we enjoy these games because it is another example of how far we have come. We want to show that we can go toe-to-toe with the top teams and there is no doubt Charlton are one of them.”

Interim Addicks boss Johnnie Jackson is wary of the attacking threat Cambridge United pose: “Hopefully there are goals but only on one side,” said Jackson. “They have got goals in them; they scored five in the week and they are a capable team. We have done our homework on them and we know that they will pose threats.

“However, my team is in a really good place. I am really pleased with how it’s been going. The boys are buzzing. They can’t wait to play again, especially at the Valley. We will be up for it if we turn up like we did on Tuesday night. Cambridge will be up for it and we have to make sure that we match those levels again.”

Benjamin Speedie will take charge of Saturday’s clash at the Valley, with Mark Derrien and Paul Kelly being appointed as the game’s assistant referees while Fourth Official Michael Chard will oversee the game from the touchline.

The clash kicks off at 3:00pm, with tickets available at the Valley on Matchday. Away supporters will be in the Jimmy Seed Stand with tickets priced as follows:

Cambridge United came out on the losing side of a hard-fought battle in South London on Saturday, as Charlton edged a 2-0 scoreline...

Conor Washington’s double settled the contest, which was feisty and often bad-tempered throughout, and it was only United’s touch in-front of goal which let them down during a game in which they created more than enough to come away with a positive result.

The U’s boss named just one change from Tuesday’s thumping victory as James Brophy came in to replace the injured Shilow Tracey.

With nearly 25,000 in attendance including 1,698 travelling members of the Yellow and Black Army, the atmosphere at the Valley was electric from the start.

Despite the energy inside the stadium it took 25 minutes for the first chance of the game and it came to Tuesday’s hat-trick hero, Joe Ironside.

After Brophy received the ball on the left hand side with plenty of grass to run into, the winger took it to his man before getting off a deflected shot which diverted into the path of Ironside, who could only head wide from a few yards out.

A couple of minutes later, fellow in-form striker Smith came the whisker of the post away from scoring, after chesting the ball down inside a congested area before striking just wide of the woodwork.

With their first shot in anger, the Addicks scored on the half hour mark. Conor Washington finding the bottom corner on the turn after receiving the ball with his back to goal.

Not long later, May and Ironside conspired to get in each other’s way after Williams had cut the ball back across the box and with the goal at their mercy, neither player could fashion the shot.

It summed up a frustrating end to the half for United who created enough chances to have found the net whilst restricting Charlton to very little at the other end.

By the 50th minute there were already seven cautions handed out with the contest often played on the fine line between spiky and spilling over. On 56 minutes it was eight, as Washington received a yellow card after giving Dunk a whack to the face.

The U’s had an appeal for a penalty turned down moments later, as Williams was bundled over in the box before May saw a shot on target saved with a well struck-effort that was matched by MacGillivray.

Sam Smith missed two golden opportunites to equalize on 68 minutes and then on 78 minutes, as May twice played him through on goal and one-on-one with the goalkeeper. MacGillivray was equal to the first attempt before Smith sent his second just wide of the post.

Then, Washington sealed it as the game approached the 90th minute, with another close range finish to put the game beyond doubt. 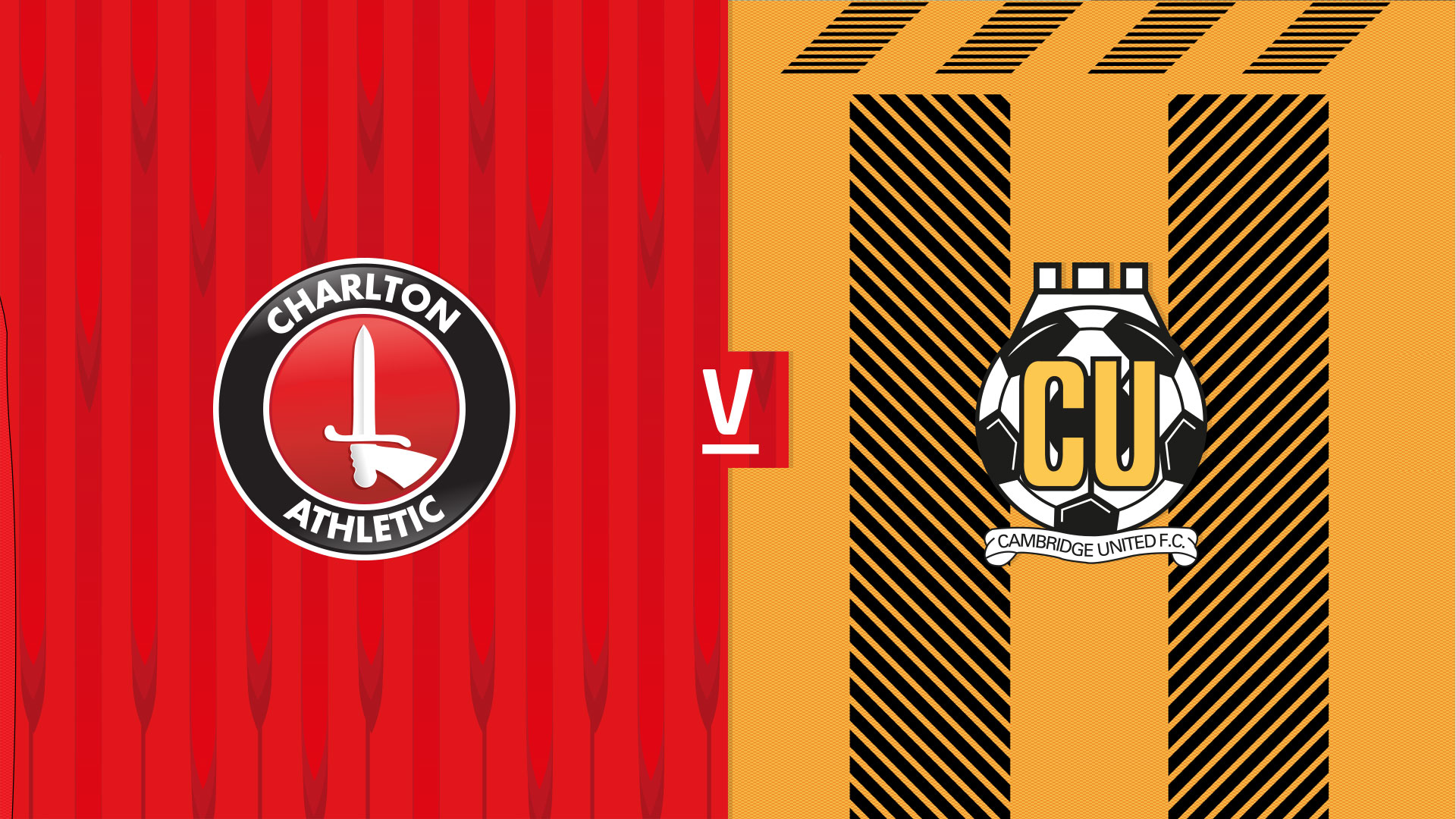 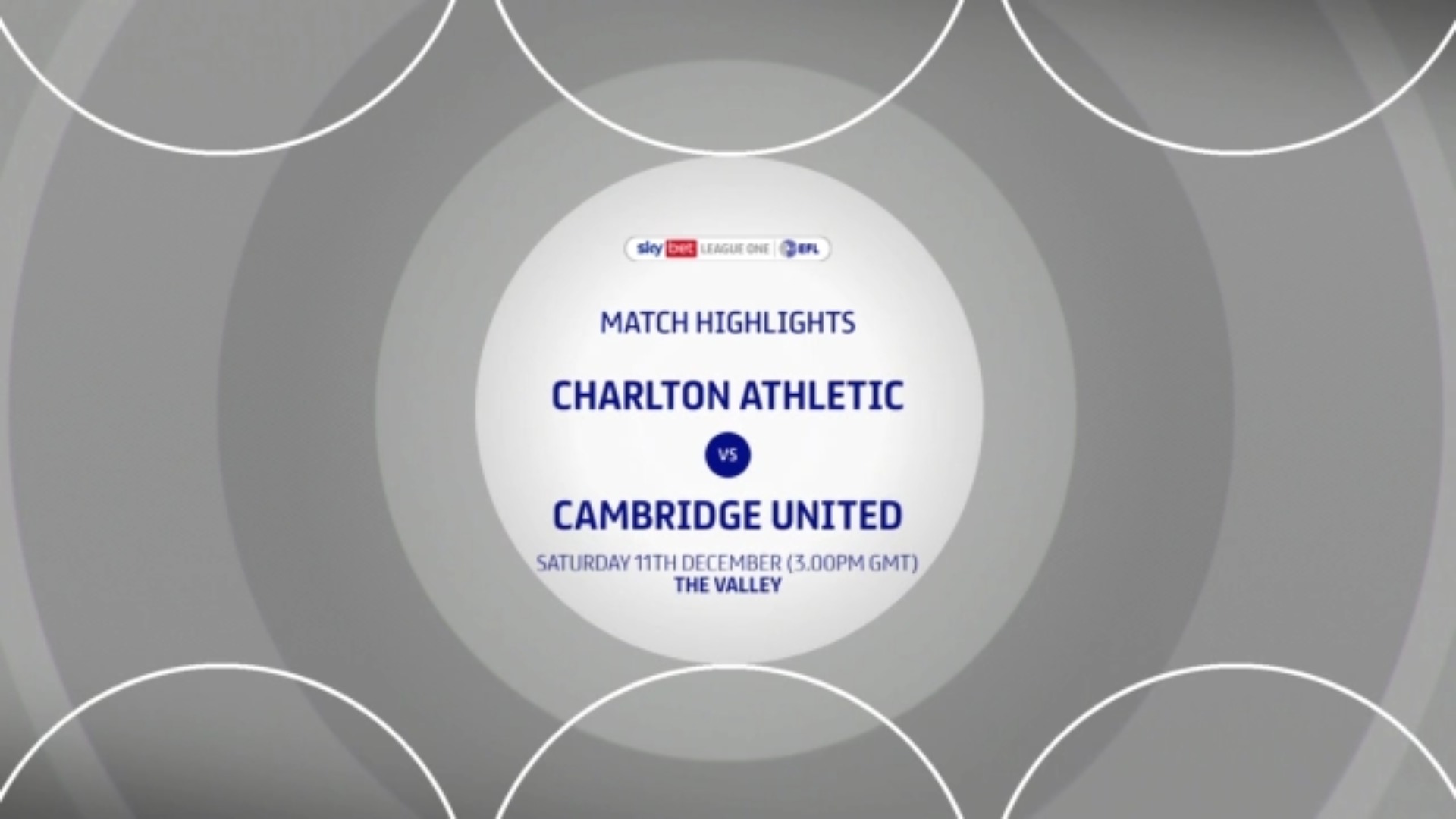 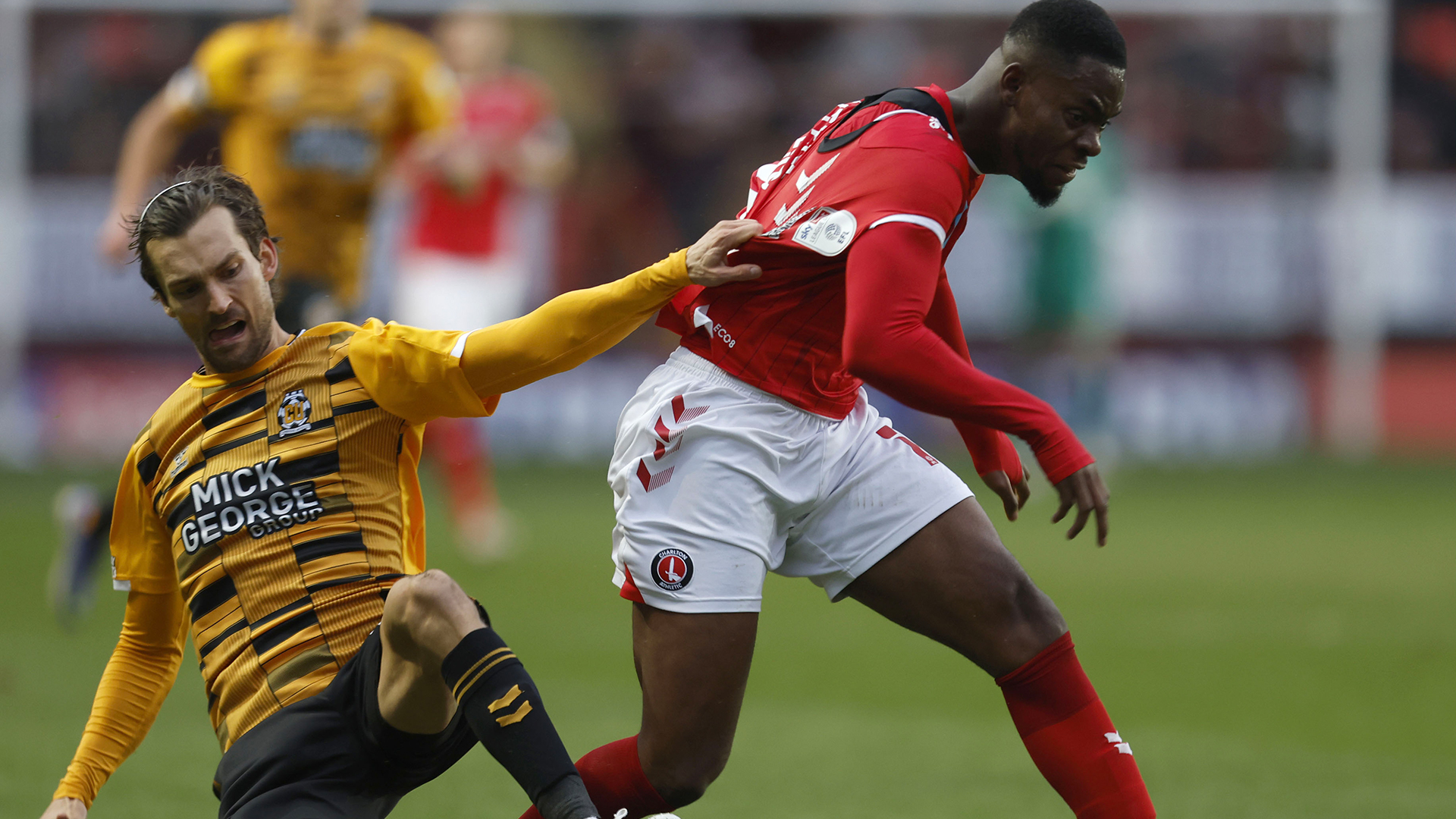