Despite looking like a routine with for Johnnie Jackson’s Addicks from the outside, the U’s saw multiple chances go begging either side of the half time whistle, with Sam Smith coming the closest to finding an equaliser – being excellently denied by the impressive Craig MacGillivray – before Conor Washington’s second of the afternoon sealed the three points just a minute before time.

Prior to last weekend’s defeat, the U’s ran riot in Gloucestershire, with Joe Ironside’s perfect hattrick contributing to a 5-0 win for Mark Bonner’s side against Cheltenham Town.

Following the same script in which has seen the Millers yo-yo between the second and third tier for the last five seasons, Paul Warne’s side head to the Abbey Stadium this weekend sitting at the summit of League One, looking to extend on their impressive 20-game unbeaten run, a run that’s not bettered by anyone in the top four divisions of English Football.

Wigan Athletic’s 1-1 draw against Ipswich Town at the weekend saw the Millers move into championship contention thanks to their 3-1 win over Burton Albion. Freddie Ladapo’s brace, coupled with Daniel Barlaser’s late free kick sealed the Millers’ seventh win in their last eight outings in all competitions.

Prior to last weekend’s victory over Burton Albion, Rotherham hit five for the fourth time this season, with Freddie Ladapo, Mickel Miller, Dan Barlaser and Chiedozie Ogbene all contributing as the Miller’s ran out comfortable 5-1 victors over Steve Evans’ Gills. The Millers were fortunate to keep hold of prized asset Michael Smith throughout the summer, after the winger bagged ten Championship goals in what was a disappointing season for Paul Warne’s side last campaign. The former Bury and Portsmouth man, now somewhat of an EFL veteran at the age of 30, has not let off this season, having already contributed to 17 goals (12G, 5A) in just 20 League One appearances.

Rotherham will come as no strangers to the U’s, with both sides only clashing a month ago. Ben Wiles and Daniel Barlaser’s goals saw the Millers hold a 2-0 lead going into half time, before Sam Smith’s curling effort looked to set up a tense finish at the New York Stadium. However, after weathering a storm of Cambridge United attacks throughout the second half, Freddie Ladapo ensured the points would be staying in South Yorkshire with an 84th minute header.

U’s Head Coach Mark Bonner knows his U’s side face a tough test this weekend against table-toppers Rotherham, “That day [the last meeting between the two sides] I thought we gave a really good account of ourselves but came up against a really powerful and aggressive team in a brilliant run of form. I think they are 20 games unbeaten at the moment.

“We know it will be a tough game, but we know we can compete with these teams and will have to give the best version of ourselves to be competitive at the weekend. I think this one is one to look forward to because last time it was a game that we learned a lot from.”

Paul Warne is expecting another tough battle against Cambridge United on Saturday, "It can help us in doing our analysis, that is for sure. We're showing the lads the problems they caused us last time and the problems that we caused them, which is quite nice.

"The game is quite fresh in our memories but I was really impressed with them. I remember saying after the game that they were one of the toughest teams we've faced. Ironside up top caused us problems and I know it will be a tough game because they're a really good home team.”

Trevor Kettle will take charge of the game on Saturday at the Abbey Stadium, with Michael Webb and Aaron Farmer being appointed as assistants. Ollie Williams will oversee the clash as fourth official.

The clash kicks off at 3pm, with tickets available online, over the phone by calling 01223 566500 (option 1) or by visiting the Abbey Stadium Ticket Office on Saturday.

Supporters attending the Abbey Stadium should be made aware that COVID-19 certification is required upon entry, with more information available to read here. 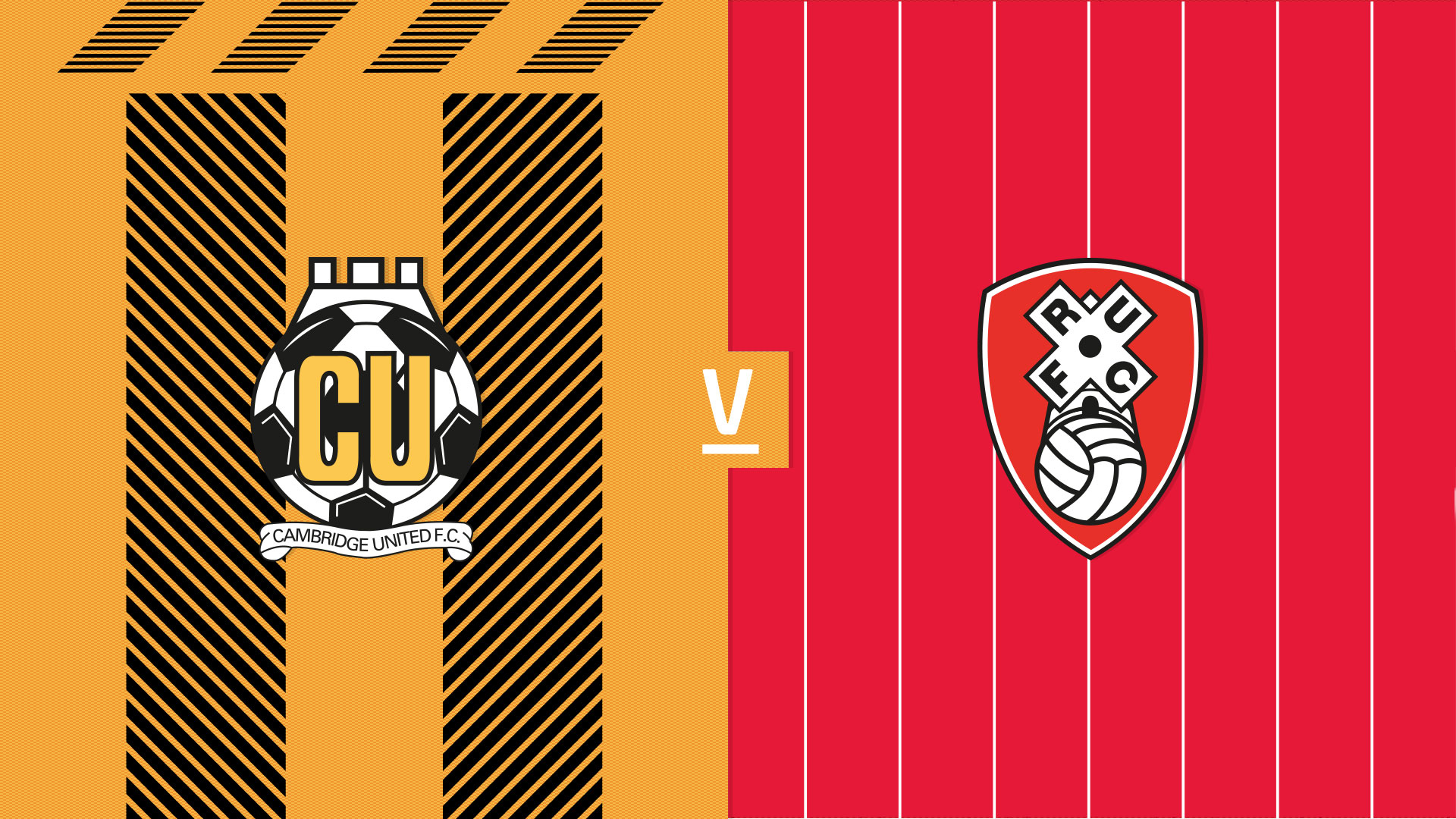 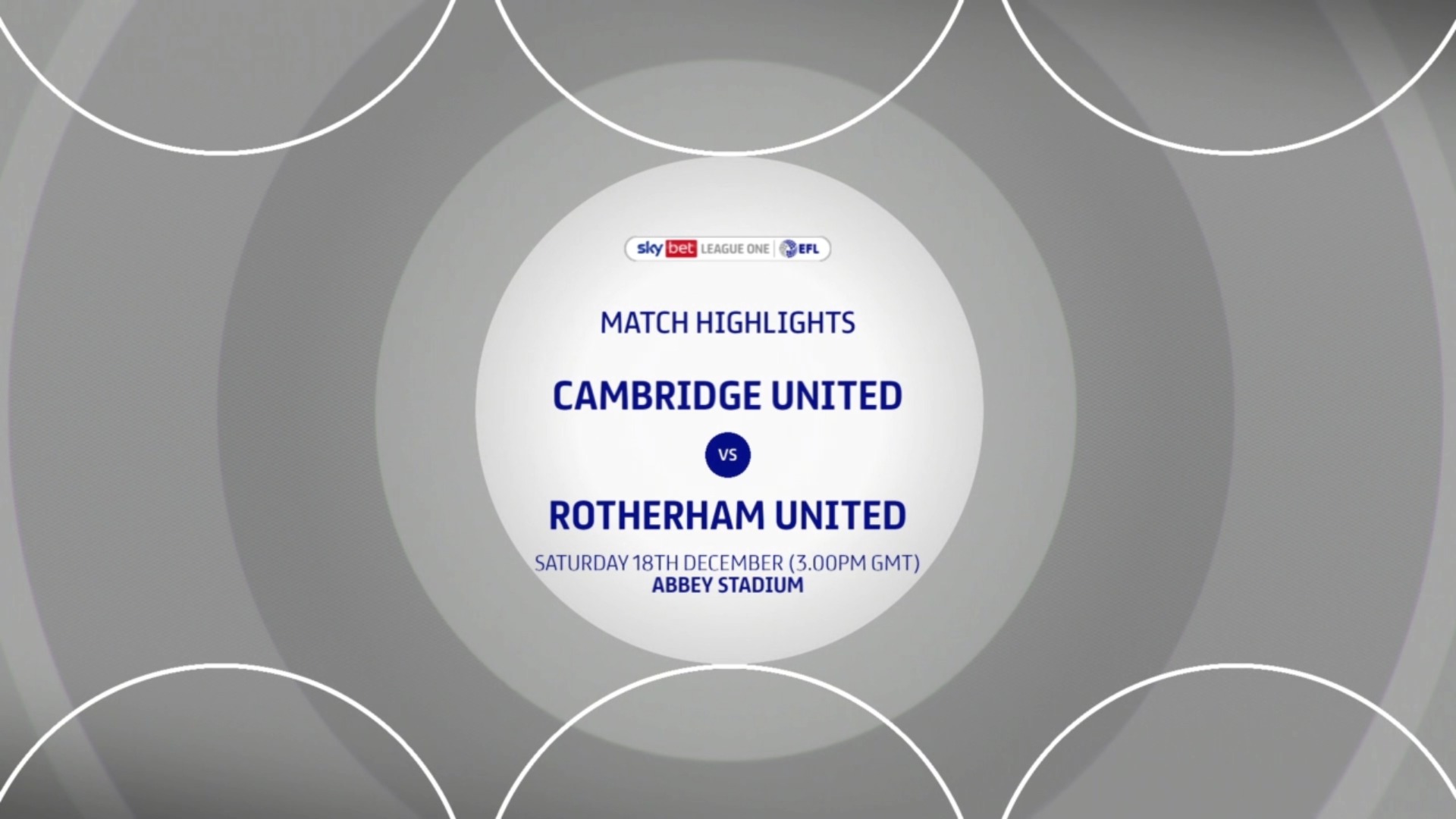 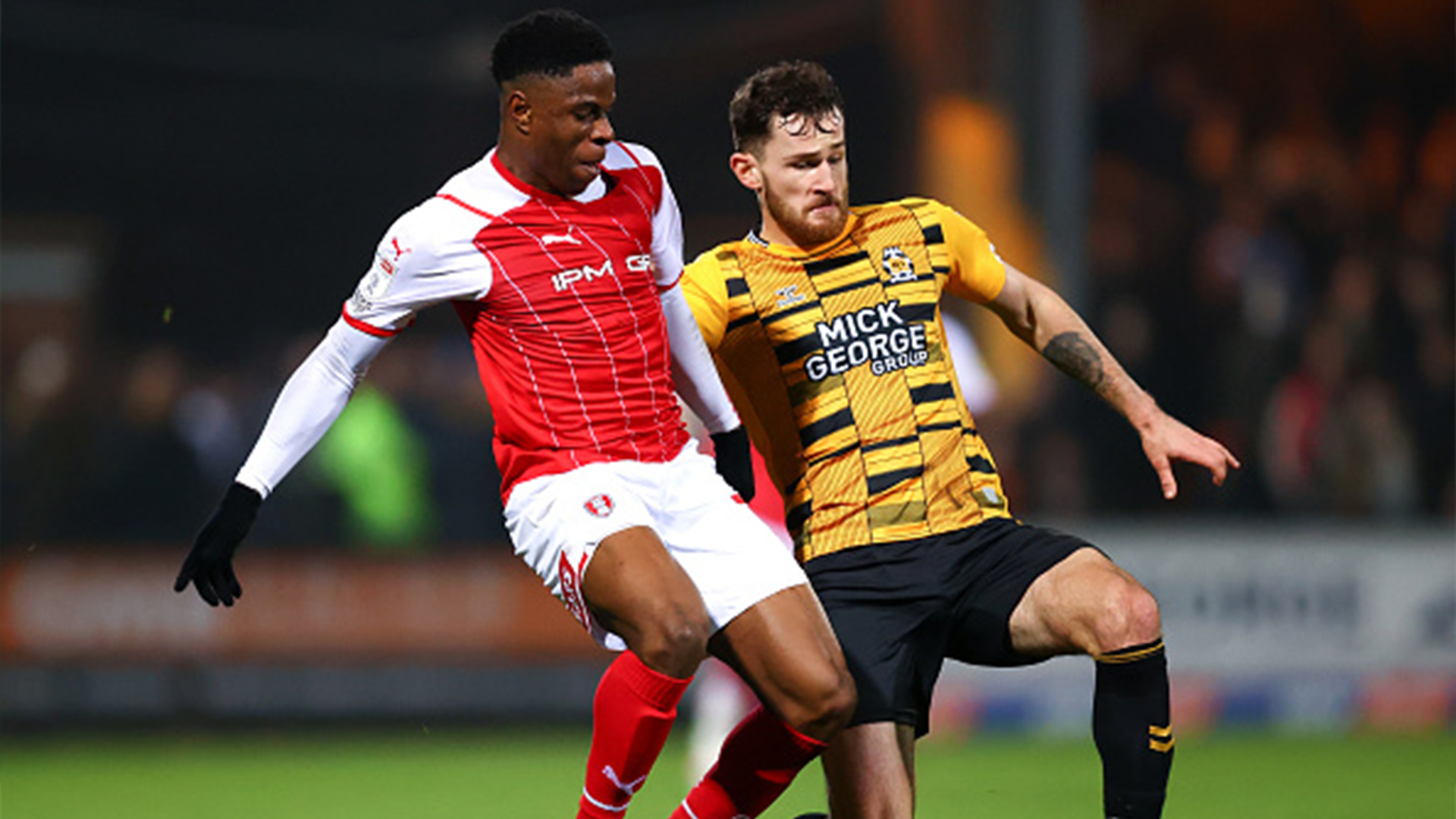