Mark Bonner's men make a long trip down to Plymouth tonight ahead of the U's third League One game of the season...

Following on from a 2-1 defeat last time out against Accrington Stanley this past Saturday, the U’s be will looking to post a first league victory of the season in Plymouth tonight.

A draw in the opening game against Oxford United was followed up by a Carabao Cup win against Swindon Town on penalties, means the U's sit on one point in Sky Bet League One and face a Round Two tie against Millwall.

Cambridge come up against an Argyle side that have posted a win and a loss from their first two league games of the 2021/22 season.

A 2-0 defeat against Rotherham United on the opening day saw the Pilgrims get off to a far-from-ideal start, but two wins from the next two - a 4-0 win in the Carabao Cup against Peterborough United and a 1-0 win over Gillingham on Saturday - has certainly lifted the mood around Home Park.

United's history with Plymouth dates back to 1974, with a 4-1 Division Three loss getting the U's off to a rough start against tonight's opponents. A 3-1 win in the reverse fixture helped address the balance and across all meetings, it is Cambridge who have the edge with 11 wins, 8 draws and 9 losses.

Tuesday's match will be the first time that Cambridge United and Plymouth Argyle will play in the third tier of English Football since 1994/95. Both games that season ended in a draw, which didn't do much to help either team, as both were relegated come the end of the season.

The last time Cambridge won at Home Park was in 2015, when an 86th minute Luke Berry goal helped secure a 2-1 win.

Who remembers our last win at @Only1Argyle?

Former United promotion-winning Goalkeeper Callum Burton now plays his trade for the Pilgrims, following his Summer move to Home Park. Burton played a major role in last season's success for the U's after coming in for the injured Mitov to make 27 league appearances from December onwards. He is yet to take his place between the sticks for Plymouth this season, as 21-year-old Michael Cooper has kept him at bay.

Plymouth-born Lloyd Jones came through the ranks at Argyle before signing for Liverpool as a teenager. He returned to Devon for a brief loan-spell in 2019, whilst contracted with Luton Town and will no doubt be eager to be involved in tonight's fixture.

Mark Bonner on the prospect of facing Plymouth:

“We know what a tough game it will be, we went there a couple of seasons ago and had a really tricky game and they have done well in League One over the last couple of years. I think they will be the first to say they want a little more in, but the starting team and the one or two options they have around it make them a really strong team and we saw that in their performance against Gillingham at the weekend. We know we are in for a tough game but we have got to give ourselves the best chance and go and be really competitive.”

Ryan Lowe on what he expects from the match:

"I am expecting a good game of football. They [Cambridge] do the right things, they try and play a bit of football. They have got a team and a manager who want to do it the right way, and got promoted doing it the right way. We respect them because they have just come up, and we know how hard that is. But it is about what we do I think. We will put a game plan together and if we put in a performance like the one on Saturday I will be happy."

Christopher Sarginson has been appointed Referee for tonight's game whilst Justin Amey and Richard Morris will be his Assistants. Adrian Quelch is Fourth Official.

Tickets for tonight's match are still available to buy from Home Park but if you aren't able to make it down to Devon, stream the action live with an iFollow Match Pass.

Match Passes cost just £10 and are available to buy now. The simplest way to do so is by clicking here and selecting the Plymouth fixture. Either log-in to your existing iFollow account or create a free account by clicking ‘Register Now’.

Once logged in, follow the process to enter your payment details and as kick-off approaches, simply log-in and visit the Match Centre page to watch the game live from wherever you are.

A match that was never far from controversy and incident, United fought back from a losing position after Jephcott’s 68th minute opener, through Ironside’s rebounded penalty.

The result means that Cambridge return home on Saturday from a gruelling week on the road with something to show and two points from their opening three games.

Three changes were named from Saturday’s match at Accrington, as Jones made his return from injury to start against his hometown Club in-place of Dunk, whilst Tracey and May replaced Weir and Hoolahan.

The game got off to a feisty start, as a hard challenge on Williams was met with protests once United were awarded the free-kick. Wilson and Williams were both carded for their roles in the melee, with the former perhaps fortunate not to have been dealt with more severely, as his hands appeared to strike the face of Williams.

Williams was again in the thick of the action on 11 minutes, as he darted to the front-post from a United corner to almost turn the ball home with the inside of his boot.

Plymouth’s first strike on goal came a few minutes later, as Jephcott forced Mitov into a rather routine stop, and two minutes later, O’Neil mirrored Jephcott’s effort with one of his own, after Brophy teed up his teammate following good work out wide.

The best chance of the first half came to Plymouth’s Camara after 20 minutes, as he met a pin-point cross from six yards out, only to head over the bar.

Then, United’s defensive woes worsened on 26 minutes, as Greg Taylor was forced off on a stretcher after an unfortunate landing on his ankle, which brought Harrison Dunk into the action earlier than expected.

Neither side generated much in-front of goal during the latter stages of the first half, but Tracey – who made a big impact from the right hand side – created two half-chances for the U’s in the closing minutes. The first, a cross to Brophy at the back-post who got his angles all wrong with his header, before Tracey sprinted through the thirds before seeing his final pass cut-out just in the nick of time.

Argyle started the second half very much on the front-foot and pinned United back for much of the early goings. 10 minutes into the half, Plymouth had the ball in the net through Jephcott, but after much discussion between the Referee and his Assistant, decided to rule the goal out for offside.

Despite the let-off, the home side continued to push for the opening goal and just a minute after Mitov denied Gillesphey from 30 yards with a fine save, the pressure finally paid off as Jephcott fired in his third of the season after being found unmarked by Houghton at the back-post.

Although it was beginning to look like the long journey to South Devon would prove to be fruitless, a clever pass in-behind by O’Neil for Tracey set the forward on the run at goal, and after being bundled over by a clumsy Argyle challenge, there was no decision to make by the Referee other than to point to the spot.

Ironside converted on the rebound, after his initial effort was saved, and U’s had something to cling onto.

Cling onto they did, as Plymouth pressed again for a winner with their best chances to do so coming in added time, as Williams cleared a shot on goal off the line before Shirley crashed a header off the crossbar.

A valuable point for United who return to the home comforts of the Abbey Stadium on Saturday to face Burton Albion. 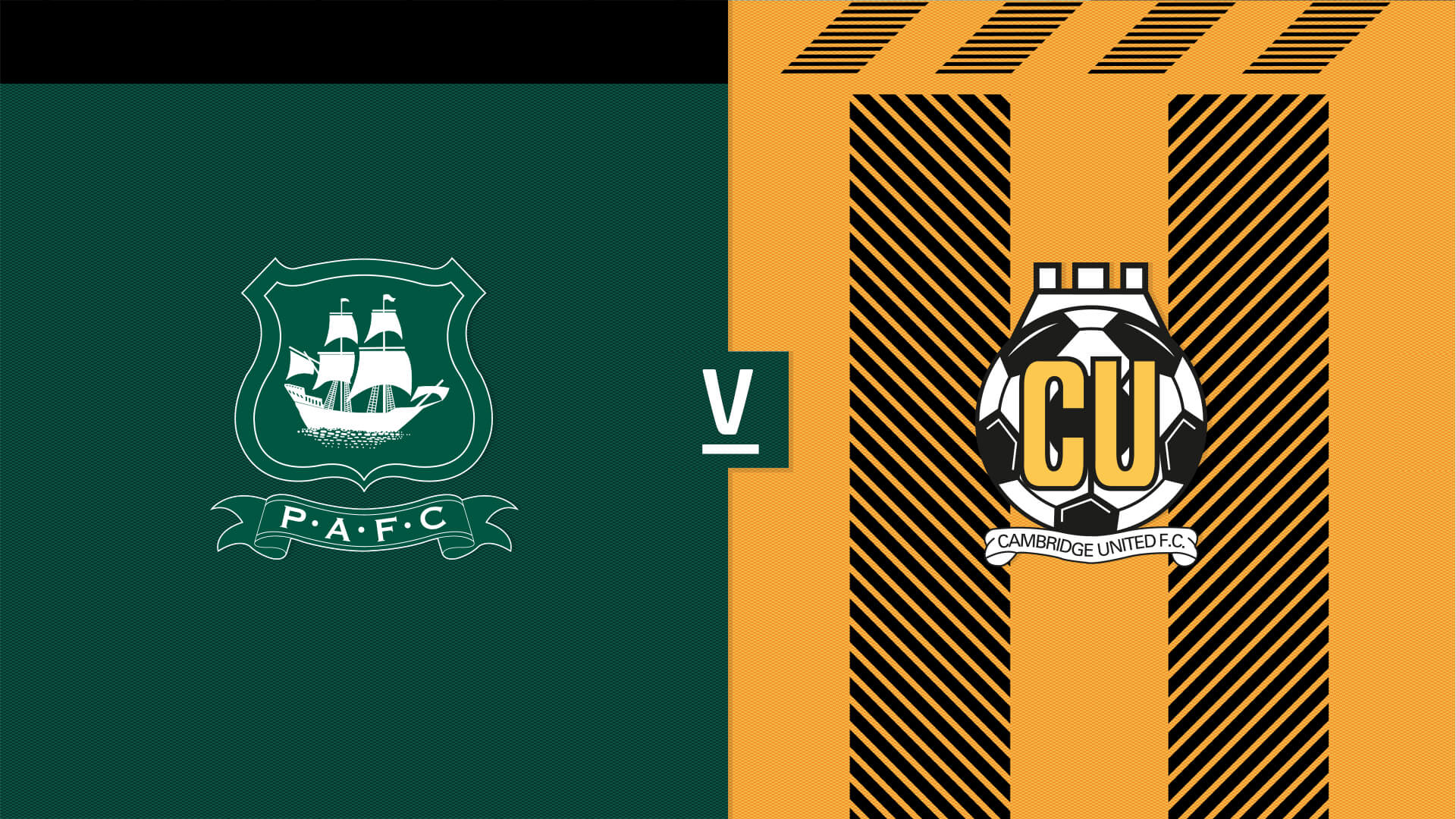 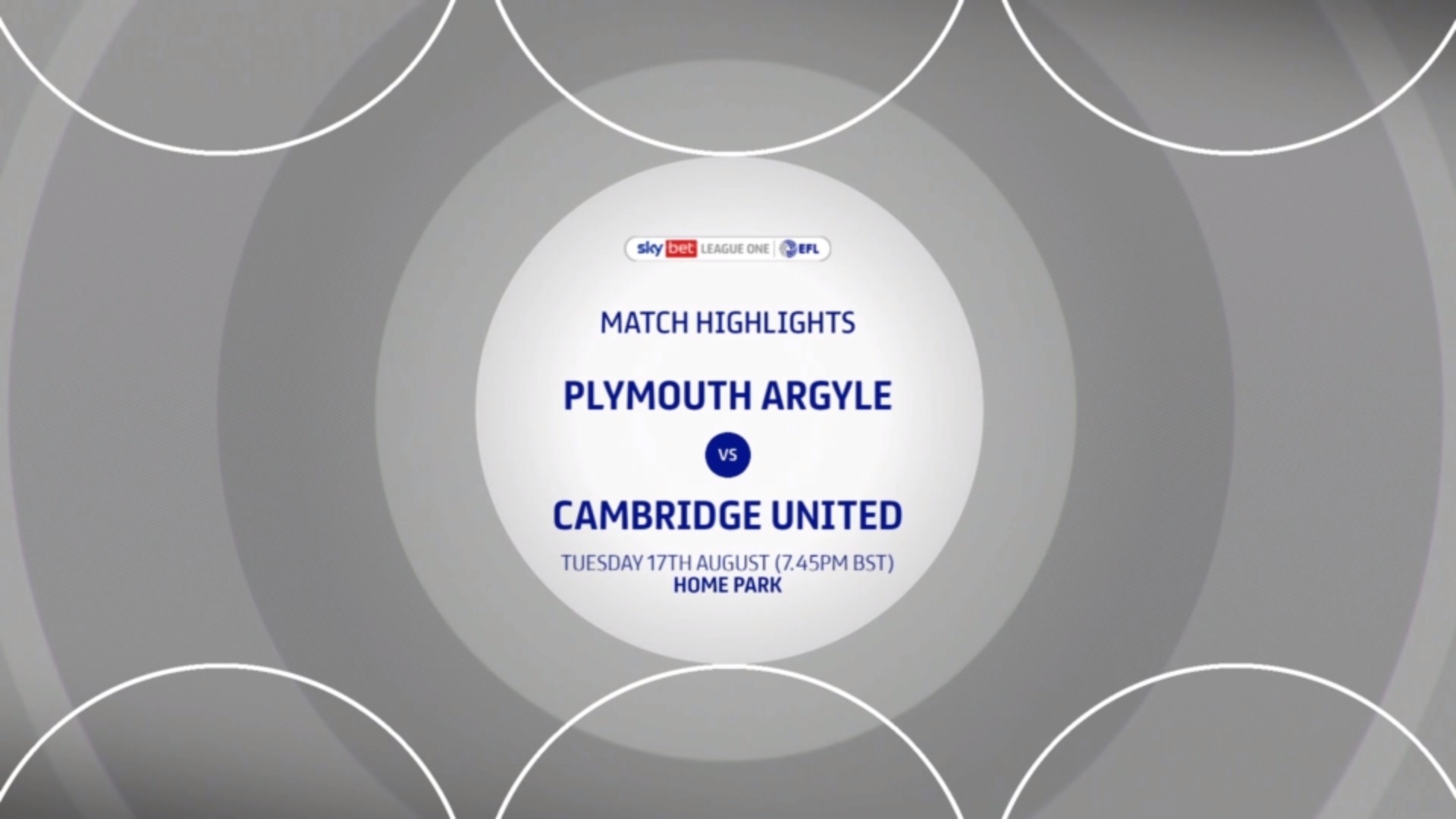 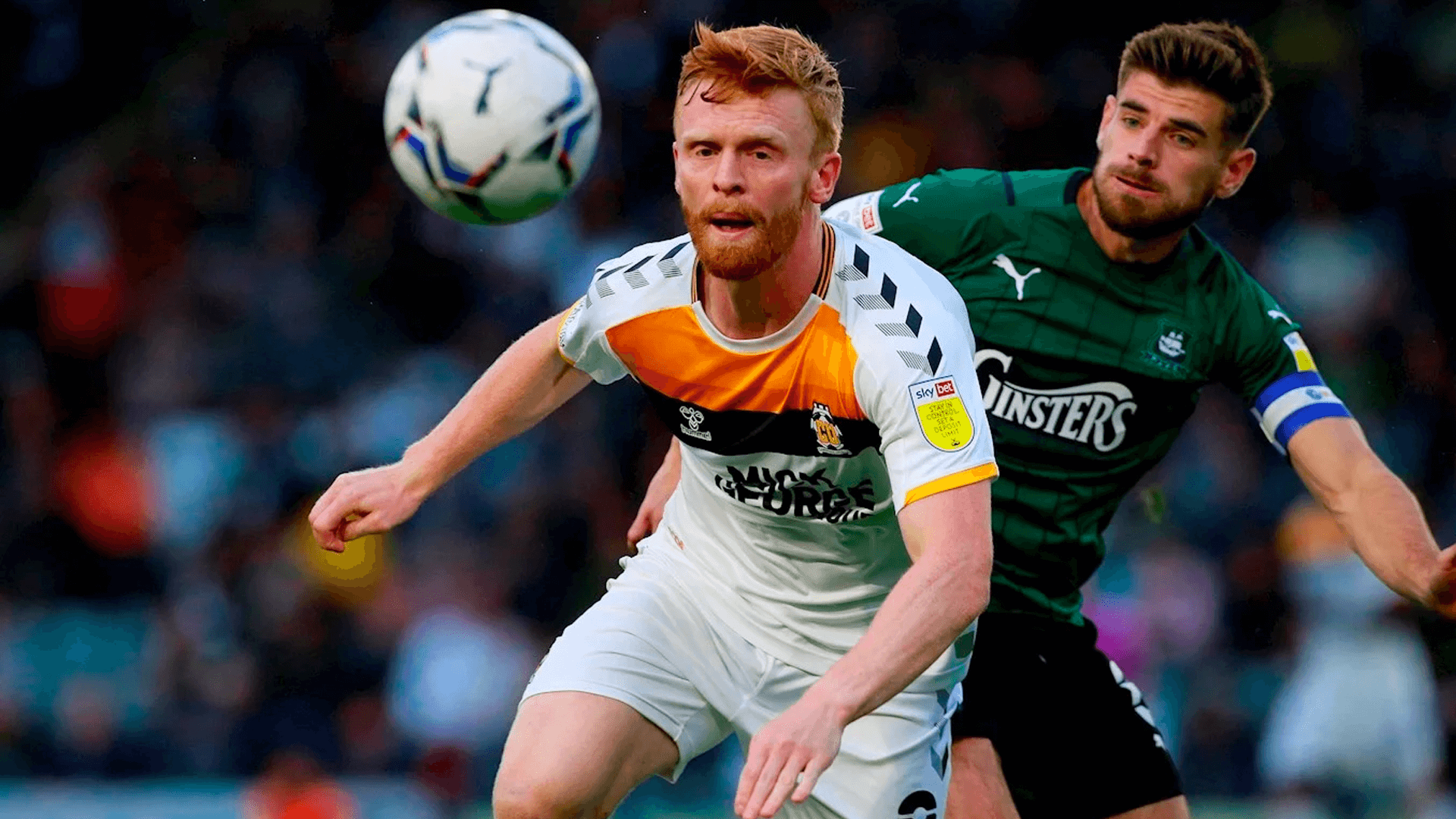