It was an afternoon to remember at the Abbey Stadium as Cambridge United secured a pulsating 3-0 win against strong-starters Burton Albion...

In an emphatic second half, Sam Smith got the ball rolling with the opener before a rampant United forced two own goals to wrap up their first three points of the Sky Bet League One season.

Mark Bonner made three changes to the side that rescued a point at Plymouth Argyle four days earlier. Conor Masterson, who joined the club on loan from Queens Park Rangers pre-match, was drafted straight into the squad in the absence of Taylor. Hoolahan and Smith also returned to the fold as the U’s reverted to a playing two up top.

The U’s had shown plenty of perseverance to claw two points from their opening three matches and would utilise that fight as they aimed for a first victory of the campaign. It would prove a tough ask against a Brewers side with a 100% record and a sense of rejuvenation under Jimmy Floyd Hasselbaink - who had accumulated 53 points from 27 games since returning to the club in January.

United started the encounter in a positive manner. After cautiously building up play, James Brophy engineered the first opportunity of the afternoon 5 minutes in. Silky work down the right from the winger helped to carve out an attempt for Joe Ironside, who forced a corner which generated the first shot on target of the match via a neat Lloyd Jones header.

The opening quarter of an hour was a strong example of both sides cancelling each other out well and looking for the flanks to kickstart an attack. The visitors dealt the hosts their first scare on 15 when Lucas Akins cut in from the left and powered a curling shot which Williams got an important deflection on.

United’s defensive resolve was tested again on the 21st minute when substitute Cameron Borthwick-Jackson picked out Omari Patrick with an exquisite through ball. The attacker managed to jink his way into the box and pulled the trigger which Dimitar Mitov got down low to smother.

There was a sense of déjà vu minutes later when the U’s number one denied the aforementioned Patrick with his feet from a tight angle to ensure the score remained deadlocked. Despite the flurry of chances, Bonner’s men had also threatened on the break but were just lacking that killer pass.

They had also been clever with set pieces and showcased that once more on the 38th minute when the ever-dangerous Hoolahan tricked the Brewers out with a free-kick from 25 yards, forcing Ben Garratt into a parry where Smith was ready to pounce before being judged offside.

All in all, the hosts had their tails up and the momentum was well and truly on their side going into the interval. They had garnered some intricate pieces of play and had limited a well-drilled attacking side to few chances.

On the 48th minute, the energetic Patrick wriggled his way into a dangerous position for the visitors before finding Joe Powell who cannoned a drilled effort towards the near post which Mitov met assuringly. There was another heart in mouth moment shortly after when Borthwick-Jackson clattered a crisp speculative effort that went wide of the left post.

Patience proved a virtue on the 52nd minute when United drew first blood through Smith’s first competitive goal back in black and amber. The goalscorer started the movement down the far right, before combining with Hoolahan and unleashing a shot from 20 yards which took a wicked deflection before trickling into the back of the net. A moment of unity beckoned as the boys dedicated the goal to the beating heart that is U’s captain Greg Taylor.

Chirping, the hosts started to get in behind Burton’s rearguard frequently and continued to cause havoc in the final third as the game passed the hour mark.

They remained well aware of the threat their opponents possessed, however. Jonny Smith dealt the U’s a scare on the 65th minute when, on the edge of the box, the winger attempted a dangerous shot that bended just inches away from the top corner.

The nerves were certainly eased on the 72nd minute when United increased their advantage to two goals. A sumptuous delivery from Hoolahan deep down the left was whiskers away from being met by substitute Shilow Tracey which caught Tom Hamer off guard as the ball deflected off the defender to spark delirium at the Abbey.

On the stroke of the 80th minute, the United faithful were celebrating once more as the hosts ensured they were home and dry with their third of the afternoon. A delectable delivery from full-back Williams was converted by Hamer into his own net for the second time.

The Brewers looked to grab a consolation but time and time again were denied by an inspired Mitov, who in the 89th minute pulled off a state-of-the-arts reflex save to preserve a thoroughly deserved clean sheet.

Harvey Knibbs and Ironside had opportunities to add another in stoppage time, but the damage was done as they consigned their opponents to a first defeat. For United, coconuts commenced as they tasted a first victory in the third tier since April 2002.

The attention turns to Tuesday night next, where the U’s travel to the Den to take on Championship outfit Millwall in the Second Round of the Carabao Cup. 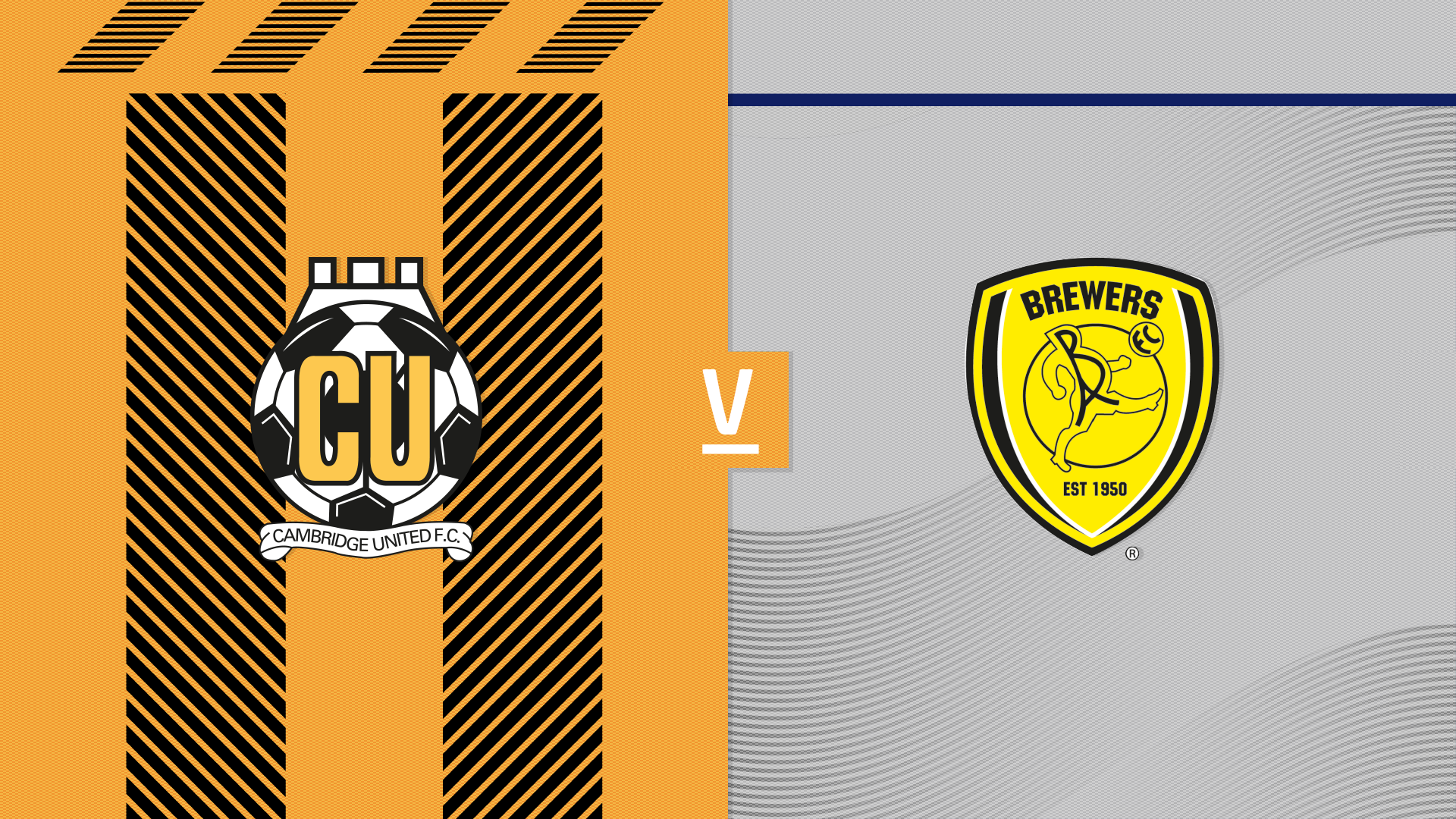 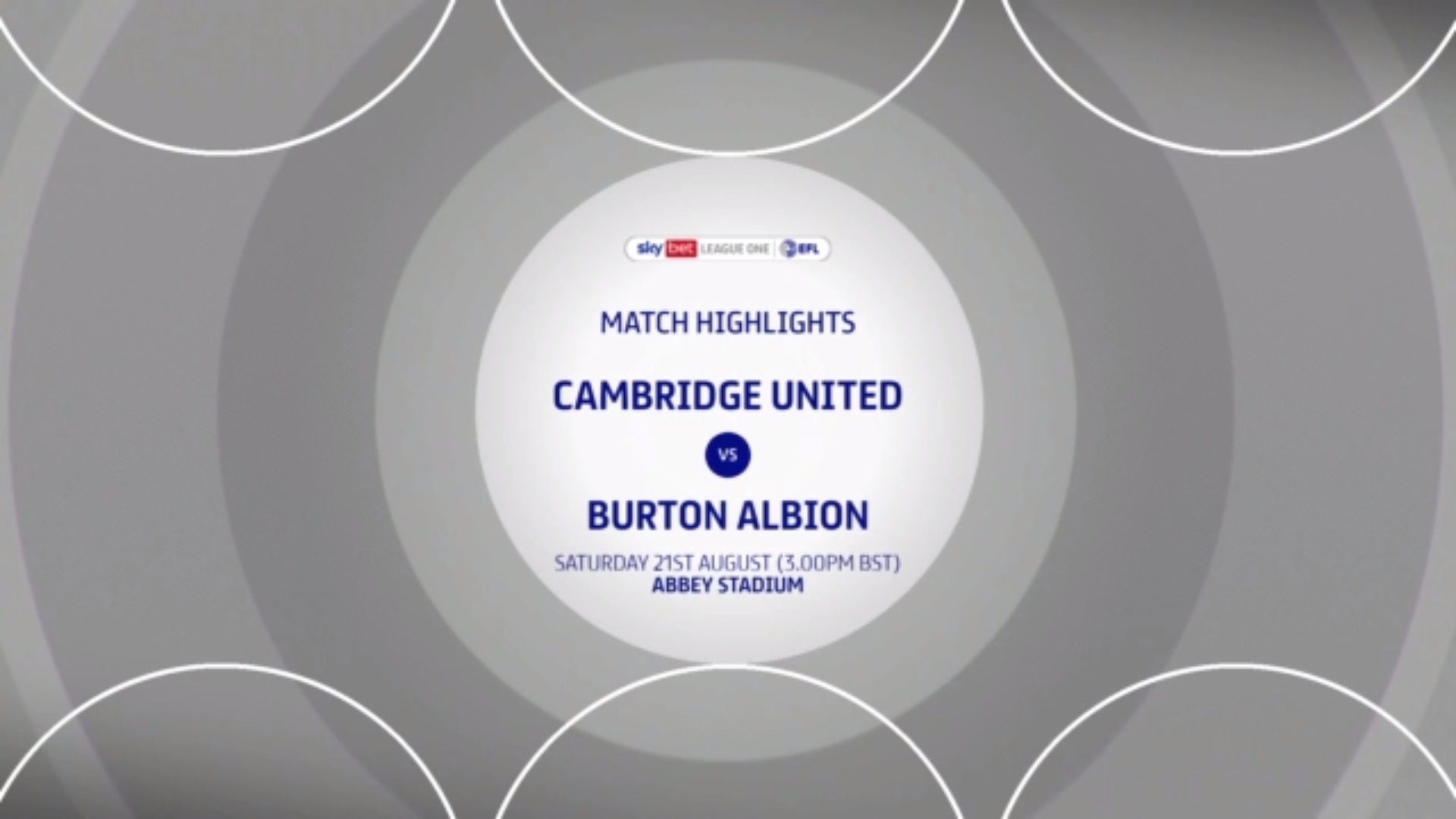 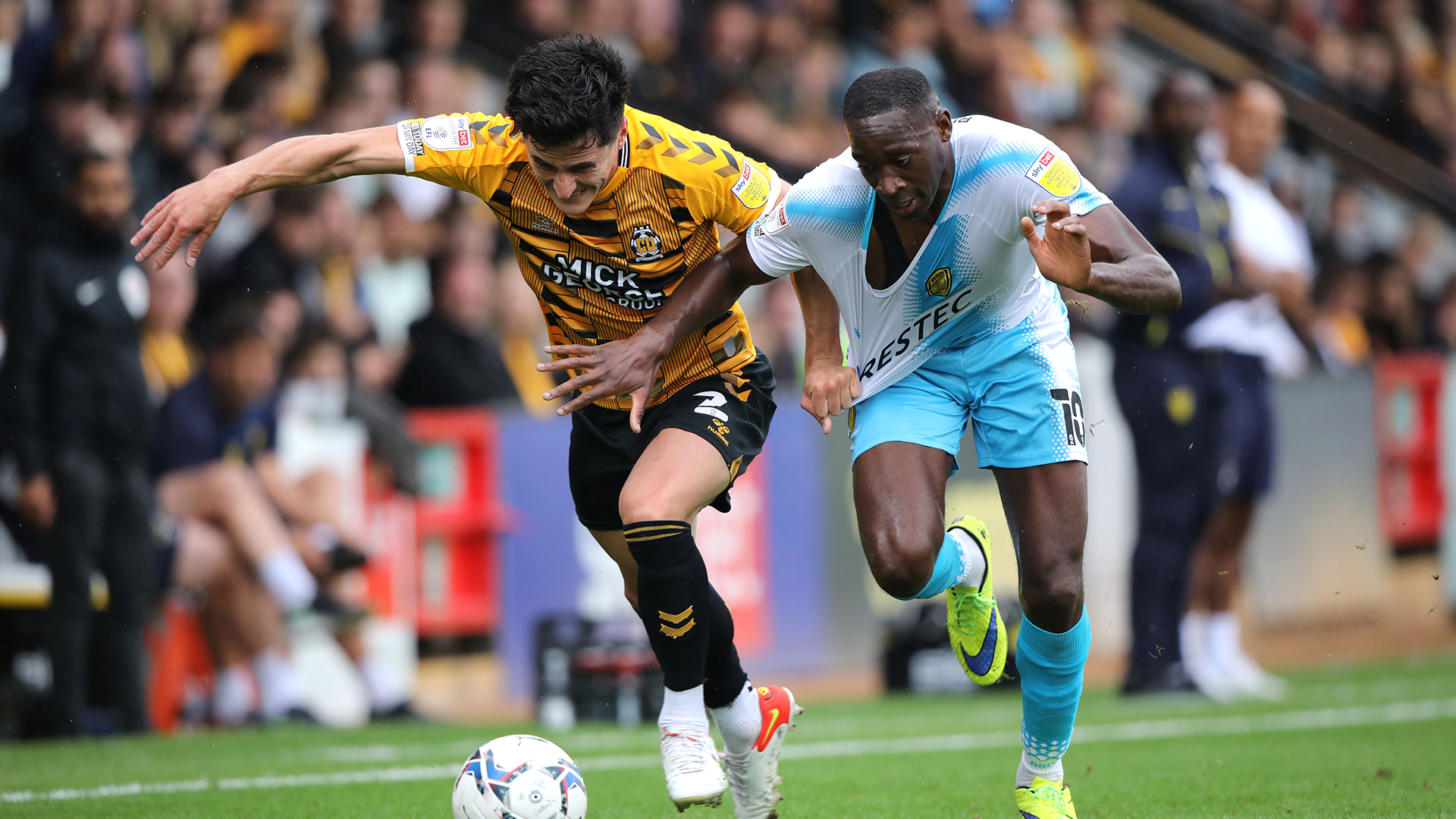