The Chairboys moved back into play-off contention after beating United at the Abbey through the week, despite Harvey Knibbs scoring his 8th goal of the season after coming on as a second half substitute.

United welcome the Shrimps back to the Abbey for the first time in a year on Saturday, with Derek Adams’ men making the 460-mile round trip to Cambridgeshire looking to secure a win that would keep Morecambe heads above the bottom four.

Having not picked up a win since the 22nd of January, Adams’ side returned to winning ways in League One last weekend, with Adam Phillips, Cole Stockton and Arthur Gnahoua all on target as the Shrimps eased past the ten-men of Burton Albion.

The week got even better for Adams and his men just four days later when Cole Stockton and Aaron Wildig struck to seal a comeback win over promotion chasing Oxford at the Mazuma Stadium on Tuesday night, a result that lifted the Shrimps outside the bottom four for the first time since the turn of the year.

Sam Vokes’ brace, coupled with goals from Josh Scowen and Garath McCleary condemned the U’s to a 4-1 defeat at the Abbey Stadium on Tuesday, with Harvey Knibbs scoring his 8th of the season in what proved to be just a consolation after coming on as a second half substitute.

Mark Bonner’s men had gone into Tuesday night’s clash having beaten both Wimbledon and Ipswich to all but secure their safety in League One.

Assistant head coach Gary Waddock confirmed that United would again make changes to the side as they begin planning for next season in League One.

Shilow Tracey and Liam O’Neil will again be assessed after missing out on Tuesday night’s game at the Abbey.

Also in action around the division:

Paul Mullin’s brace, either side of Liam Gibson’s red card secured the win when the Shrimps were last in action at the Abbey Stadium last April, with Mark Bonner’s side consolidating their position at the summit of League Two, ending Good Friday sitting seven points clear of 4th placed Tranmere.

U’s fans wouldn’t have to hard pressed to remember memorable previous clashes against Tuesday’s hosts – with Cambridge United boasting impressive 5-0 and 7-0 wins over Morecambe within the past six years.

A Paul Mullin hat-trick, coupled with goals from Wes Hoolahan and Adam May inflicted Morecambe to a 5-0 defeat at the Mazuma Stadium last season en-route to the U’s eventual League Two promotion.

November’s clash at the Mazuma Stadium saw United take the edge when it comes to head-to-head results, as Ben Worman’s screamer and Joe Ironside’s penalty sealed a 2-0 win on the night, and in turn saw United secure their seventh win over the Shrimps, one more than their League One counterparts hold over the U’s.

Carl Boyeson will referee Saturday afternoon’s game at the Abbey, having previously overseen Exeter City’s 2-1 win over Stevenage in League Two a fortnight ago.

It will be the first time since the U’s 1-0 win against Tottenham U23’s in the Papa John’s Trophy group stages earlier this season that Boyeson has taken charge of one of United’s games.

Boyeson will be joined by assistants Conor Farrell and Gareth Viccars ahead of Saturday’s clash, with Darren Blunden being appointed as the game’s fourth official.

Cambridge United made an instant return to winning ways in Sky Bet League One with a clinical 2-1 success against Morecambe at the Abbey Stadium...

A Sam Smith strike on the cusp of half-time gave the U’s a deserved lead from an encouraging opening. Whilst weathering a second-half storm, Cole Stockton levelled matters with a sublime long-distance volley to hand the visitors a crucial equaliser – only to be shattered immediately when Joe Ironside dispatched from the penalty area to ensure the points and another season in the third tier.

As hinted at previously in the week, the need for introducing fresh legs to the fold whilst maintaining rhythm for others was key throughout the run-in. Therefore, six changes were made to the side that were defeated by Wycombe Wanderers four days earlier – Liam Bennett and Sam Sherring returned to the defence, Lewis Simper made his league debut for the club and Harvey Knibbs, James Brophy and Smith added to the attacking ranks.

The clash between the familiar faces, their eighth consecutive season pitting wits, would prove another chance for the U’s to showcase their bouncebackability credentials and steer towards a top-half finish. A battle awaited against a reinvigorated opponent arriving at CB5 buoyed by critical back-to-back wins towards their fight for survival.

In a free-flowing opening to the encounter, the U’s started promisingly by generating the first chance after 8 minutes when Brophy’s venomous delivery travelled to an onrushing Smith at the back post who forced strong reflexes from Trevor Carson to dive and deny.

The breakthrough should have occurred four minutes later when Brophy’s first-time delivery met Ironside who, from point-blank range, took a light touch and stabbed which was denied by Carson.

The Shrimps, eager to find a precious lead to protect, poured forwards at several attempts and themselves were made to rue a golden opportunity on 21 due to heroics from Bennett. First, the U’s full-back blocked Stockton’s fierce strike before bravely denying Arthur Gnahoua’s follow-up with his head.

As the clash creeped past its half hour mark, Mark Bonner’s men continued to pin back the Lancashire outfit. The robust midfield were breaking everything up as they enjoyed an encouraging period of play.

The U’s capitalised on their fruitful spell with 42 minutes on the clock when Knibbs’ attempt in the area was matched by Carson but could only fall to Smith who was alert to bulge the onion bag for his sides’ 50th league goal of the campaign. A handy time to convert at that - with United heading into the break with their tails up.

Derek Adams’ men came out of the blocks firing in the second-half, testing the defensive resolve of the U’s in a consistent manner. This was kickstarted on 54 when Stockton’s header into the corridor of uncertainty floated to Gnahoua who battled for it but the amber backline remained stern to block and ensure nothing came from it.

On the hour mark, dangerman Stockton was released down the right and scampered into the penalty area before pulling the trigger which was denied by Mitov’s smart stop with his feet.

The Shrimps’ pressure paid off on the 67th minute as they broke down the resistance with a simply spectacular finish from Stockton, who connected cleanly from a soft clearance by volleying into the top corner from 25 yards.

In truth, the hosts were in the midst of one-way traffic. In response to that, they darted up the other end and won a penalty just two minutes after the equaliser when Knibbs was fouled by Greg Leigh inside the box. Up stepped Ironside, who converted by plummeting down the middle for his 15th of the season.

Eager to kill the game off, the impressive Simper roamed into the final third from the middle of the park on 77 which resulted in substitute Wes Hoolahan picking out Smith who curled towards the corner which Carson smothered with a catch.

Resolute when called upon in added time, Lloyd Jones was on hand to block Jonah Ayunga’s shot from 10 yards before Stockton on the turn hit a teasing, dipping attempt which Mitov clawed over. It proved the last action as the U’s persevered to confirm a second season in the third tier of English football and record their best placing in the football pyramid since 1993/94.

United have a week of recuperation ahead of them now in preparation for their Easter clashes – kicking off at the DW Stadium as they take on title-chasing Wigan Athletic in front of the Sky Sports cameras on Saturday (16th April).

Man of the Match: Bennett 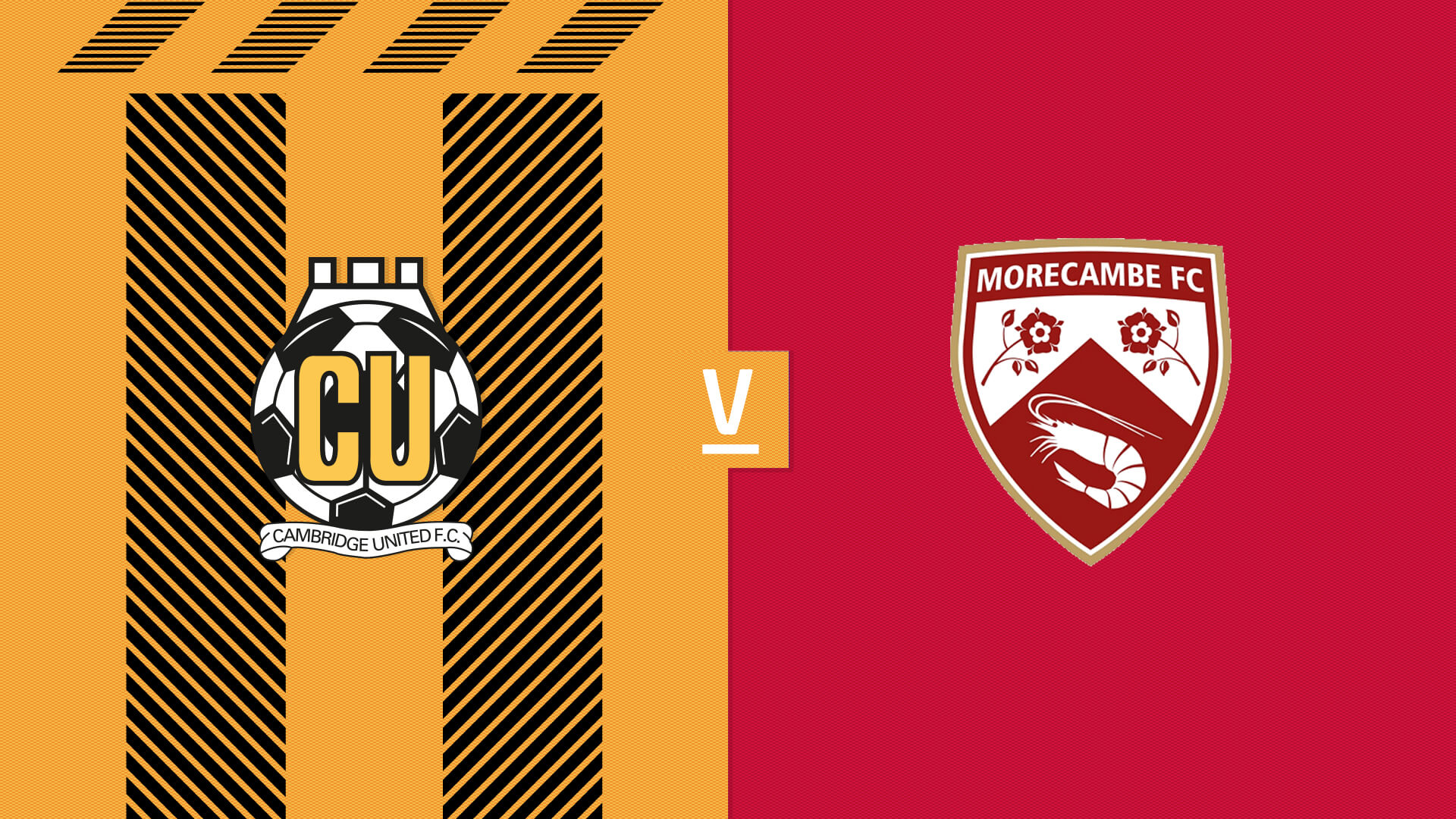 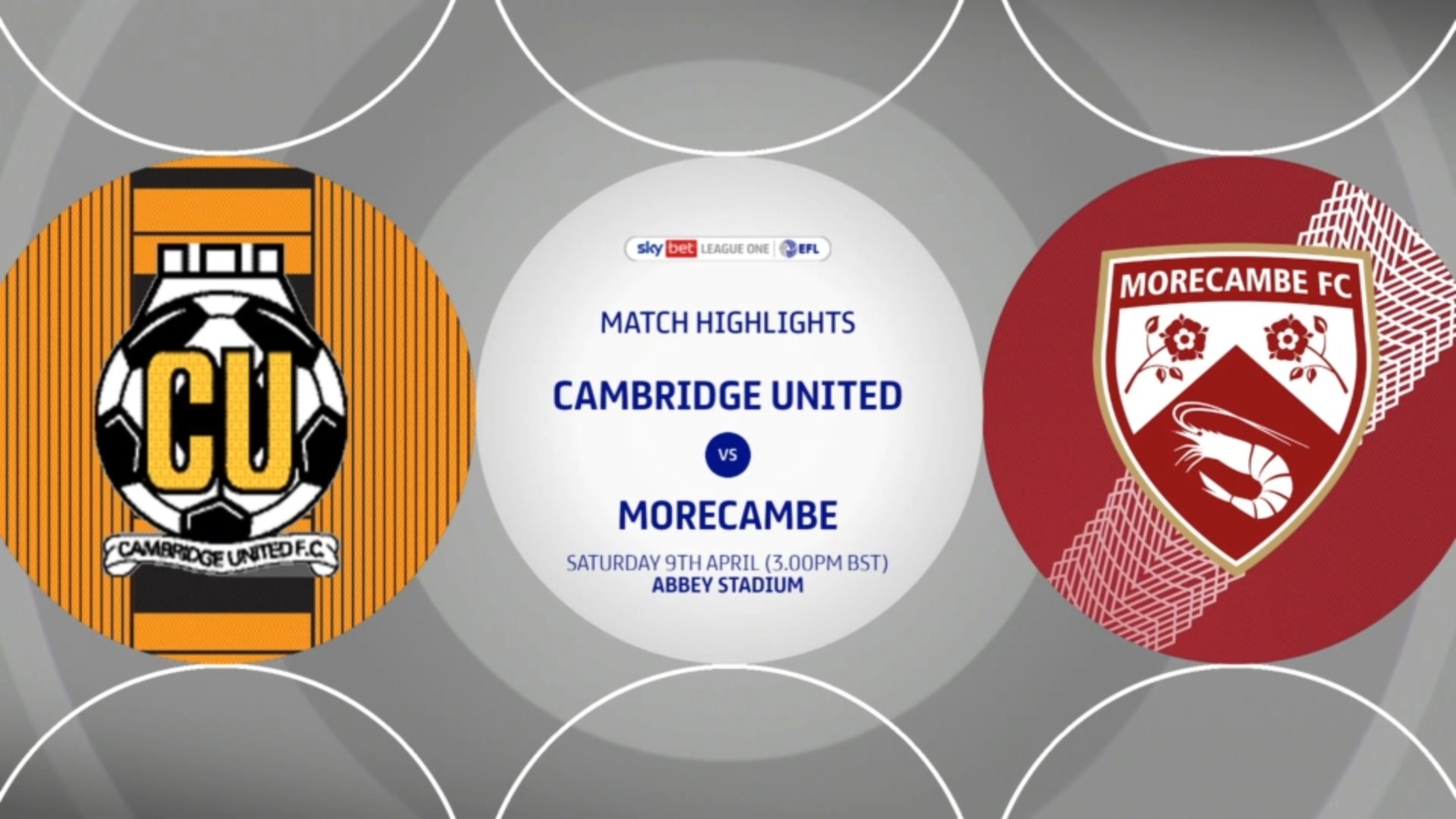 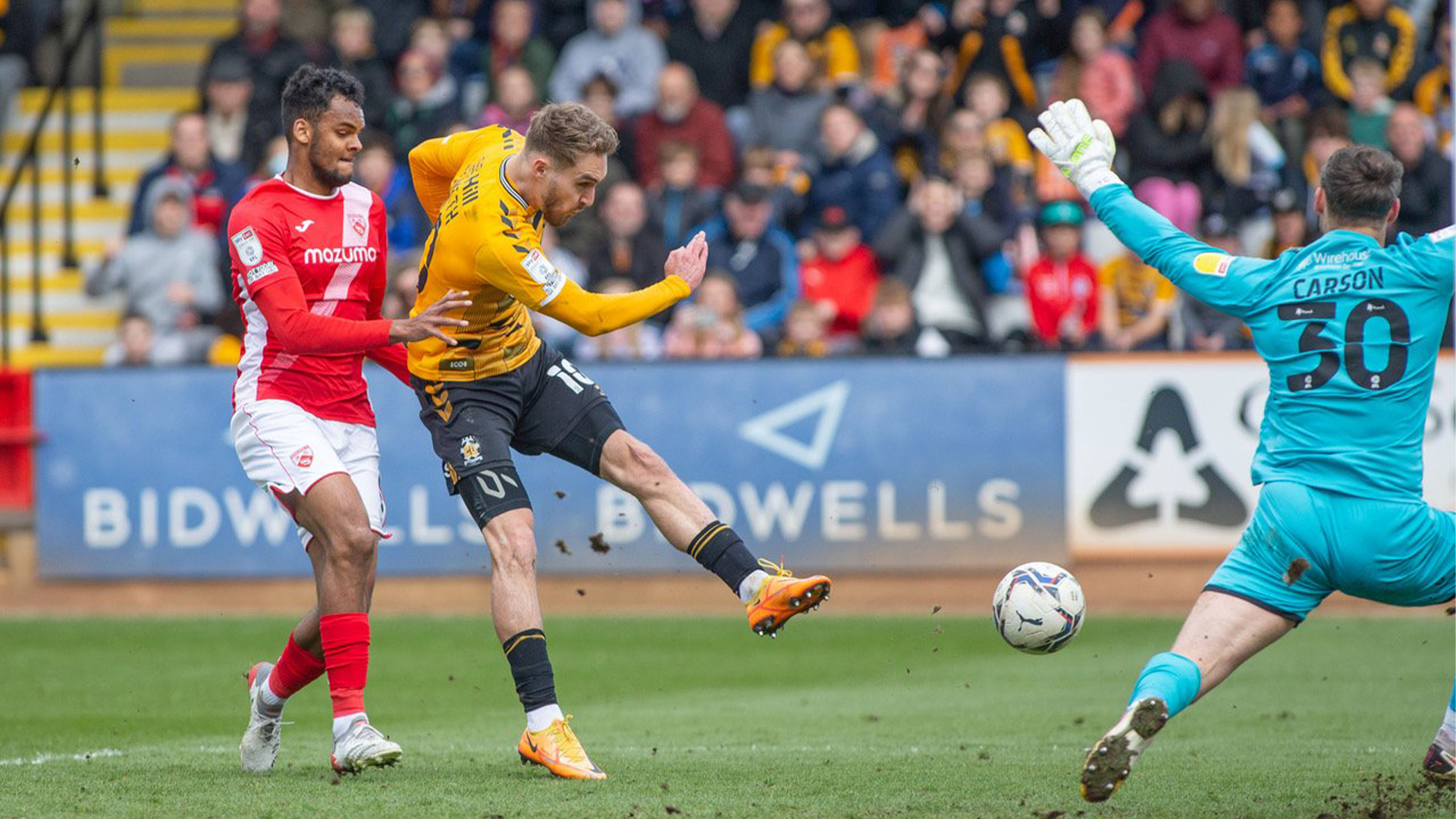